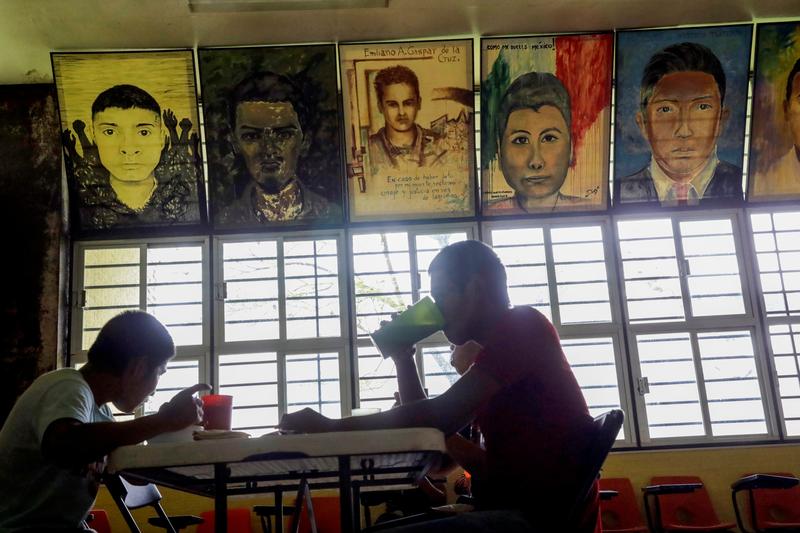 MEXICO CITY (Reuters) – Mexican officials have begun scouring new sites for the remains of 43 student teachers including a dump near where they disappeared five years ago, after re-opening the case that plunged the last government into a major crisis.

The abduction and apparent massacre of the youths by corrupt police working with a violent drug gang drew international outrage and led to widespread condemnation of the administration of Mexico’s previous president, Enrique Pena Nieto.

A person with knowledge of the matter said one place being searched is a garbage lot in Tepecoacuilco, a few miles (km) from the southwestern city of Iguala in Guerrero state where the student teachers were abducted on the night of Sept. 26, 2014.

A spokeswoman for the attorney general’s office confirmed that new investigations were under way in Guerrero, but said she could not say exactly where they were taking place.

Pena Nieto’s successor, Andres Manuel Lopez Obrador, took office in December pledging to re-open the case. His government has called the original probe into the crime “discredited” and vowed to go after the officials who led it.

Angela Buitrago, a consultant named by the Inter-American Commission on Human Rights who is helping to oversee the new probe, said it was also important to investigate military officials who were present in Iguala five years ago.

Lopez Obrador said in December that military officials should also be put under the spotlight, but it is not clear what questions, if any, they have so far faced.

According to the Pena Nieto administration’s account, local drug gang Guerreros Unidos mistook the students for members of a rival outfit, killed them, incinerated their bodies in a nearby garbage dump and tipped their remains into a river.

However, the remains of only one of the 43 was ever definitively identified, and a group of independent experts later picked several holes in the official version of events.

The U.N. human rights office said in a report last year that it appeared Mexican authorities had tortured dozens of people during the investigation. Out of 142 suspects detained in the case, more than half have been released.