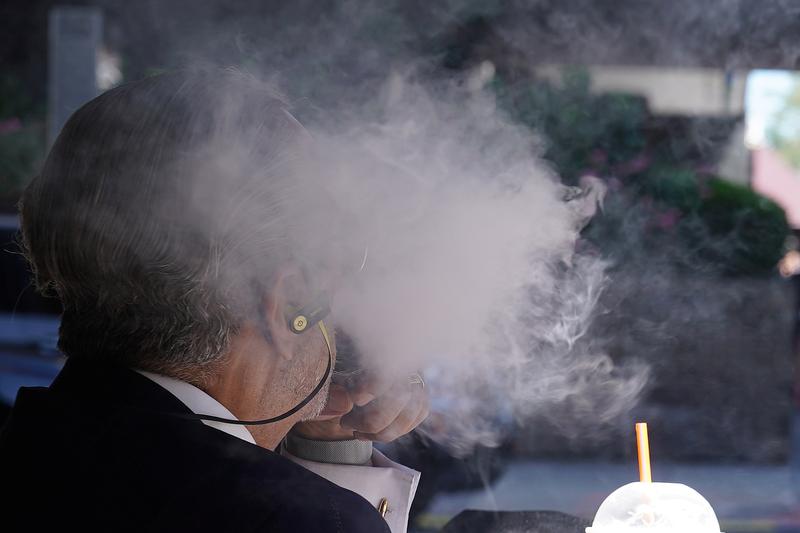 (Reuters) – Several deaths and potentially hundreds of illnesses tied to e-cigarettes, which allow users to inhale nicotine vapor, often flavored, without smoking, have been reported by U.S. health agency. Lawsuits on behalf of young consumers have been filed against e-cigarette maker Juul Labs Inc and others are expected amid increasing scrutiny.

The following is a summary of how the litigation is playing out across the United States:

** Dozens of lawsuits have been filed over vaping-related injuries in courts around the country, including both individual lawsuits and class actions. The lawsuits, brought largely on behalf of teenagers, target Juul, which markets a nicotine-vaping device and controls about 75% of the e-cigarette market. Some have also named Marlboro maker Altria Group Inc, which has a minority stake in Juul, as a defendant. Altria is the parent company of tobacco giant Philip Morris USA.

** Most of the plaintiffs allege that users became addicted to Juul, but at least two lawsuits go further. A Connecticut man alleges in a lawsuit filed in California state court that he suffered a massive, debilitating stroke as a result of Juul use, while the parents of a teenage girl allege in a proposed class action in Florida federal court that their daughter has suffered seizures linked to the device.

** One set of legal claims in the cases focuses on fraudulent marketing. They accuse Juul of claiming its e-cigarettes are meant to help adults stop smoking cigarettes, while marketing them to minors and young adults who have never used nicotine. They also say Juul has claimed its products are a safe alternative to cigarettes, when in fact they can deliver higher doses of nicotine.

** Another set of claims focuses on product liability, alleging that Juul’s products are defectively designed because they are inherently dangerous, and that Juul failed to warn about the danger or both.

** Juul said in a statement earlier this month that its products are meant as a less dangerous alternative for adults who already smoke. “We have never marketed to youth and do not want any non-nicotine users to try our products,” the company said.

** Altria has said that the conduct alleged in the lawsuits occurred before it acquired its financial stake in Juul. “Our minority stake in Juul provides no basis for liability against Altria,” it said in a statement.

** More lawsuits are expected. Joseph VanZandt, a lawyer with the firm of Beasley Allen, said his firm represents more than 200 clients injured by vaping, of whom only eight have filed lawsuits. “We fully expect that there will be hundreds if not thousands of individual cases filed,” he told Reuters earlier this month.

** Many cases are likely to be consolidated in so-called multidistrict litigation before a federal judge. A motion is pending to consolidate federal cases before a judge in Los Angeles, and is scheduled to be heard by a judicial panel on Thursday. Separately, a motion has been filed in a Los Angeles state court to consolidate the California state court cases there.

** North Carolina Attorney General Josh Stein in May sued Juul and has asked a state court to limit the flavors of Juul e-cigarettes sold in North Carolina.

** Other state attorneys general, along with the U.S. Federal Trade Commission, are investigating Juul’s marketing practices.