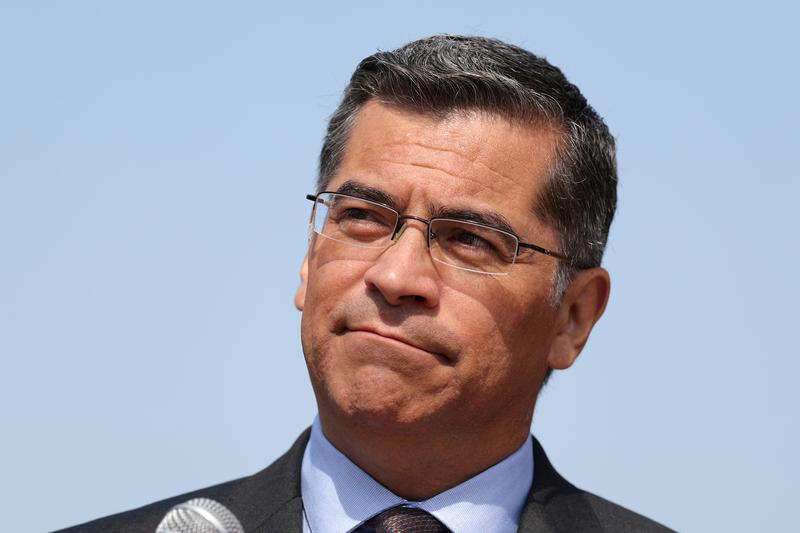 LOS ANGELES (Reuters) – California and 16 other U.S. states sued the Trump administration on Wednesday over its efforts to weaken protections for endangered species.

The suit was filed in federal court in northern California and announced by Attorney General Xavier Becerra at a wildlife area in Davis, California.

“I don’t think any of us wants a museum to be the only place these children will be able to see a southern sea otter or the desert tortoise,” Becerra said.

“But if we don’t act, that’s a real possibility.”

The suit, led by California, Maryland and Massachusetts, comes a month after the U.S. Department of Interior’s Fish and Wildlife Service and the Commerce Department’s National Marine Fisheries Service announced final revisions to the 1970s-era Endangered Species Act.

The revisions ended a practice of automatically extending the same protections for endangered species to threatened species. They also prohibit the designation of critical habitat for species threatened by climate change and struck down language that downplayed the economic cost of safeguarding animals.

“These are long overdue and necessary regulatory changes that will recover more imperiled species facing extinction than previously accomplished over the span of this law,” Department of Interior spokesman Nick Goodwin said in an emailed statement.

“We will see them in court, and we will be steadfast in our implementation of this important act to improve conservation efforts across the country.”

California said at the time the revisions were disclosed that it would sue to block them.

“The administration’s rules throw science and data out the window by injecting economic considerations into what should be a science-driven decision,” Becerra said at the press conference, which was streamed on the internet.

“Whether or not an animal should be protected should not be a question of whether it will help or impede corporate profits.”

The Endangered Species Act is credited with bringing back from the brink of extinction species such as bald eagles, gray whales and grizzly bears, but the law has long been a source of frustration for drilling and mining companies, and other industries because new listings can put vast areas of land off-limits to development.

The weakening of the act’s protections is one of many moves by U.S. President Donald Trump, a Republican, to roll back existing regulations and boost oil, gas and coal production, as well as grazing, ranching and logging on federal land.