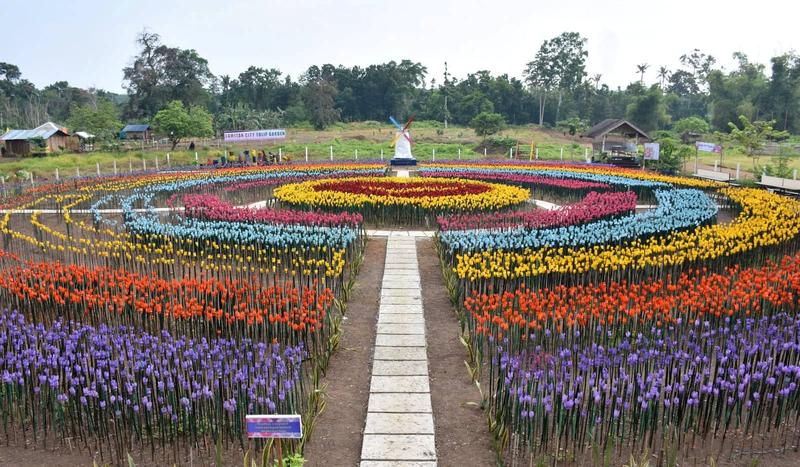 A garden made out of 30,000 plastic bottles shaped into tulips is created as part of the local government’s efforts to raise environment awareness and attract tourism in Lamitan City, Basilan, Philippines, September 23, 2019. Lgu Lamitan City/Handout via REUTERS

MANILA (Reuters) – A southern Philippine city has turned discarded plastic bottles into flowers to fill a garden of thousands of colorful tulips, capturing tourists’ attention and building awareness about recycling.

The tulip garden, which opened on Monday, was built from 26,877 bottles collected from 45 villages around Lamitan City in Basilan, an island province on the southwestern tip of the archipelago.

Plastic bottles were cut into the shape of tulips and painted red, yellow, pink and blue, while others were blended into sand and cement and used to make pathways in the garden.

The Philippines is a major source of ocean plastics and only a small amount of its waste is recycled.

Plastic bottles make up a large chunk of waste in Lamitan, and turning them into a tourist attraction can help combat plastic pollution, said the city’s mayor, Rose Furigay.

“Let us be mindful of how to minimize the use of plastic,” she said.

Basilan is among the country’s poorest provinces, notorious for being a stronghold of an Islamist group known for banditry and kidnapping.