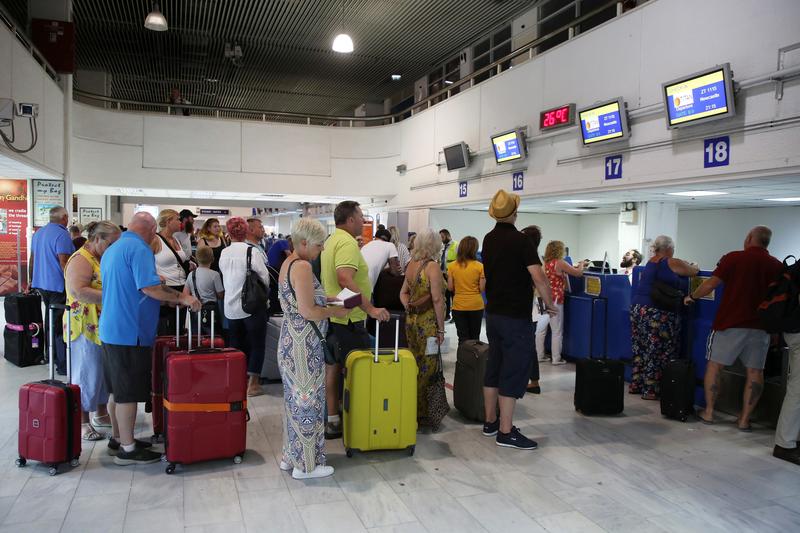 Passengers line up in front of Thomas Cook counters at the airport of Heraklion, on the island of Crete, Greece September 24, 2019. REUTERS/Stefanos Rapanis

(Reuters) – More than 70 flights were scheduled to operate on Wednesday, Britain’s Civil Aviation Authority said, to bring back 16,500 people after the collapse of travel firm Thomas Cook.

The company, which ran hotels, resorts and airlines for 19 million people a year, had about 600,000 people abroad when it collapsed in the early hours of Monday.

The aviation regulator launched the largest peacetime repatriation on Monday to bring people back to Britain.

Reporting by Mekhla Raina in Bengaluru; Editing by Clarence Fernandez