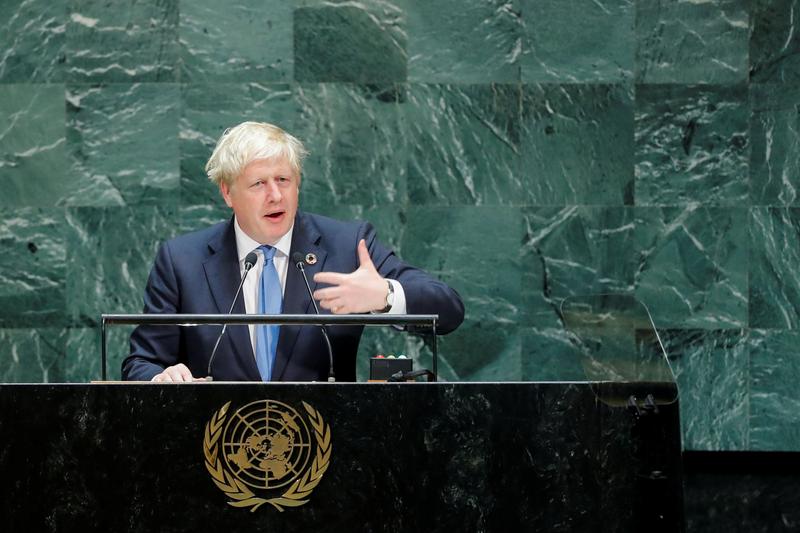 UNITED NATIONS (Reuters) – Prime Minister Boris Johnson on Tuesday joked that if some British members of parliament had their way Brexit would be an endless process like the torment of the Greek mythological figure Prometheus.

According to the online Encyclopedia Britannica, the Greek god Zeus punished Prometheus for stealing fire from the gods by securing him to a mountain and sending an eagle to eat his liver, which regrows only to be eaten again and again.

“This went on forever, a bit like the experience of Brexit in the UK, if some of our parliamentarians had their way,” Johnson told the annual gathering of world leaders for the United Nations General Assembly in a late Tuesday speech.

More than three years after the United Kingdom voted by 52% to 48% in a referendum to leave the European Union, the country remains deeply divided over the issue and the Brexit process has become mired in confusion. Johnson has vowed that Britain will leave the EU by Oct. 31, come what may.