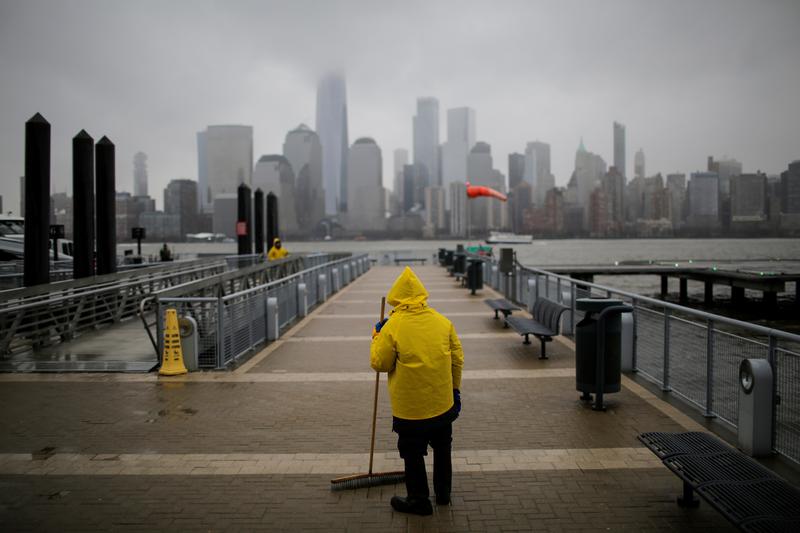 A ferry worker cleans the path for commuters during light snowfall while the New York skyline and the One World Trade Center are seen from Exchange Place in New Jersey, U.S., March 7, 2018. REUTERS/Eduardo Munoz

(Reuters) – The U.S. Department of Labor on Tuesday issued a long-awaited rule to extend mandatory overtime pay to 1.3 million U.S. workers, far fewer than an Obama administration rule that was struck down by a federal judge.

Currently, workers who earn a salary rather than hourly wages are automatically entitled to overtime pay only if they earn less than $23,660 a year, a figure set in 2004. The new rule will raise the threshold to $35,568 when it takes effect on Jan. 1.