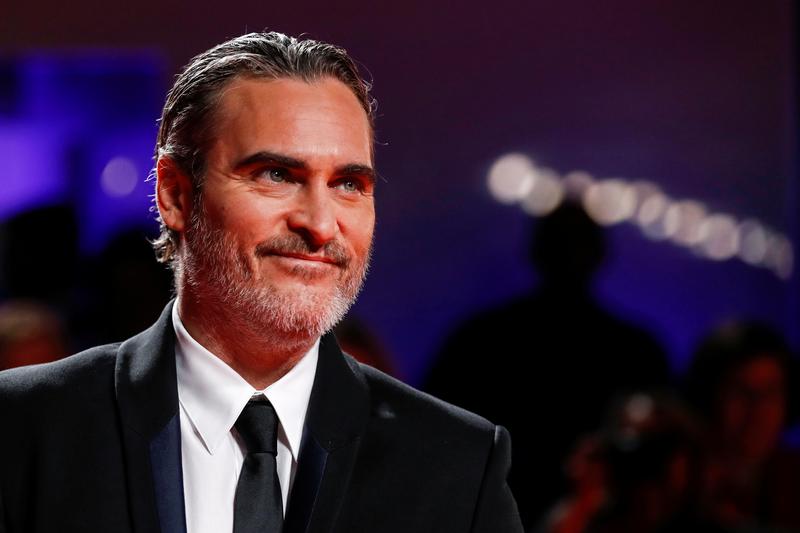 LOS ANGELES (Reuters) – Families involved in a 2012 movie theater mass shooting in Colorado have asked the studio behind “Joker” to help lobby for gun reform, expressing concern about the film’s portrait of a mental breakdown that leads to violence.

In a letter to Warner Bros, the families of some of the victims also urged the company to end any political contributions to candidates who take money from the National Rifle Association (NRA) and to fund gun violence intervention programs.

The letter does not ask for the movie to be withdrawn. But it says, “with great power comes great responsibility. That’s why we’re calling on you to use your massive platform and influence to join us in our fight to build safer communities with fewer guns.”

The letter, seen by Variety and other Hollywood industry outlets, comes before “Joker,” starring Joaquin Phoenix as the Batman comic book villain, opens in U.S. movie theaters on Oct. 4.

The movie won the top award at the Venice film festival in September and has won plaudits for its disturbing depiction of a social outcast who wreaks terrifying violence. Box office analysts expect it to take about $70 million-$80 million at the North American box office on its opening weekend.

Twelve people were killed and 70 were injured in 2012 during a midnight movie theater showing of “The Dark Knight,” also about the Joker character, in Aurora, Colorado, by a lone gunman who is now serving multiple life sentences.

“This tragic event, perpetuated by a socially isolated individual who felt ‘wronged’ by society has changed the course of our lives,” said the letter, dated Sept. 23 and signed by five men and women.

“When we learned that Warner Bros was releasing a movie called ‘Joker’ that presents the character as a protagonist with a sympathetic origin story, it gave us pause.”

Warner Bros on Tuesday did not immediately return a request for comment.

One of those signing the letter, Sandy Phillips, told the Hollywood Reporter in an interview that he feared that even one person who is “on the edge, who is wanting to be a mass shooter, may be encouraged by this movie. And that terrifies me.”

Phoenix and “Joker” director Todd Phillips have defended the film against suggestions that it may encourage violence.

“I think we all are aware of these issues and we’re concerned, and I think that’s why we talk about it. I don’t think that we can be afraid to talk about it,” Phoenix told entertainment website IGN in an interview earlier this week.