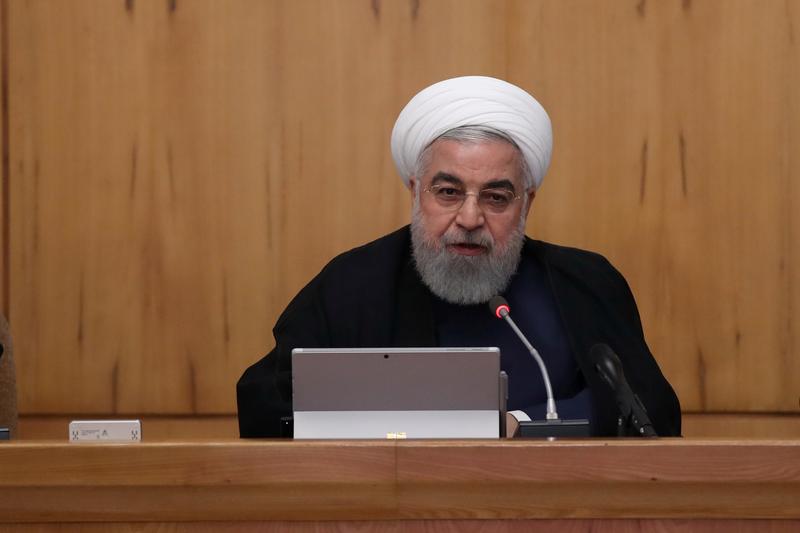 NEW YORK (Reuters) – Iranian President Hassan Rouhani said on Tuesday he was open to discuss small changes, additions or amendments to a 2015 nuclear deal between Iran and six major powers if the United States lifted sanctions imposed on the Islamic republic.

Iranian President Hassan Rouhani speaks during the cabinet meeting in Tehran, Iran, September 18, 2019. Official President website/Handout via REUTERS ATTENTION EDITORS – THIS IMAGE WAS PROVIDED BY A THIRD PARTY. NO RESALES. NO ARCHIVES

The pragmatic president told media in New York that he will be open to discuss with major powers “small changes, additions or amendments” to nuclear deal if sanctions were taken away.

U.S. President Donald Trump, who has adopted an “economic pressure” policy toward Iran to force its leadership to renegotiate the accord, said on Tuesday that he had no intention of lifting sanctions on Iran.

“All nations have a duty to act. No responsible government should subsidies Iran’s blood lust,” Trump said in a speech to the United Nations General Assembly annual gathering of world leaders. “As long as Iran’s menacing behavior continues sanctions will not be lifted, they will be tightened.”

Tensions have spiked between longtime foes, Tehran and Washington, since last year when Trump exited the nuclear pact and imposed sanctions on the Islamic republic that were lifted under the agreement.

In retaliation for the U.S. “maximum pressure” policy, Iran has gradually reduced its commitments to the pact and plans to further breach it if the European parties fail to keep their promises to shield Iran’s economy from U.S. penalties.

The confrontation has intensified between Tehran and Washington following an attack on major oil sites in Saudi Arabia on Sept. 14 that sent oil prices soaring and raised fears of a new Middle East conflict.

The United States, European powers and Saudi Arabia have blamed Tehran for the attacks, which was claimed by Iran-aligned Houthi group in Yemen. Iran has denied any involvement.

Rouhani said those who doubt Yemen has the military capability for such attack, “aren’t saying who the culprit is”.

(The story refiles to change byline to Stephen J. Adler).