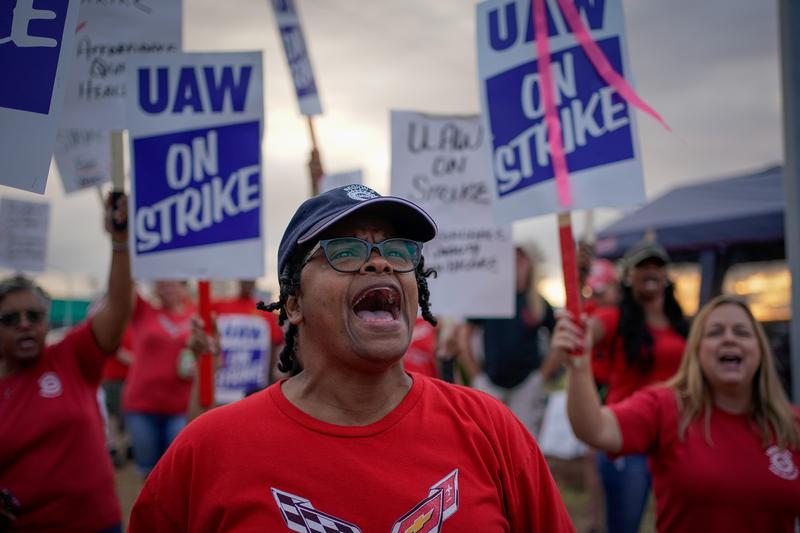 (Reuters) – The use of temporary workers is a key bargaining issue in negotiations between General Motors Co (GM.N) and the striking United Auto Workers union over a new four-year contract.

Details of their proposals have not been disclosed. The union approved the occasional use of temporary workers by U.S. automakers during the last contract talks in 2015, when the two sides agreed to gradually phase out the existing two-tier wage structure.

Temporary workers represent about 20% of the workforce at Japanese automakers in the United Sates and are paid an average of $50 an hour, according to figures compiled by Automotive News and the Center for Auto Safety. In comparison, GM pays its workers an average $63 an hour. Temp workers, who typically make less than $20 an hour and have limited benefits, account for about 7% of its U.S. workforce.

The use of temporary workers also allows the Detroit automakers to cover for high rates of absenteeism among UAW workers. The companies want the UAW to agree to stricter rules to discourage workers from failing to show up for their shifts.

The union, which has seen its membership dwindle to less than 400,000 from a peak of 1.5 million in 1979, granted U.S. automakers numerous concessions 10 years ago to help the industry weather the Great Recession and the resulting bankruptcies of GM and Chrysler.

One of the biggest givebacks was an agreement in 2009 to end the controversial jobs bank, which guaranteed laid-off workers would receive up to 90% of their regular pay. The jobs bank was approved in 1984 and expanded in 1990. Ultimately, it cost U.S. automakers billions of dollars to keep unemployed automakers on the payroll.

The two sides also are wrangling over how much union members should pay for spiraling health care costs, which once were covered entirely by the manufacturers.

Reporting by Paul Lienert in Detroit; Editing by Cynthia Osterman