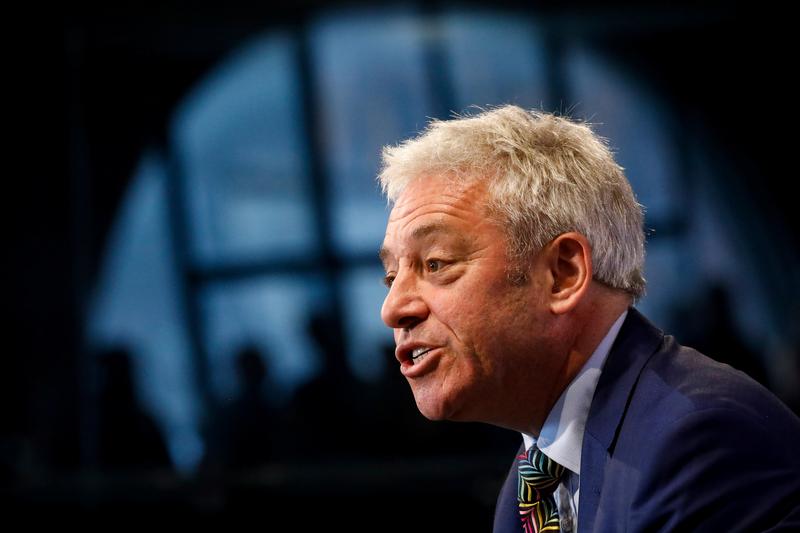 LONDON (Reuters) – The United Kingdom’s Supreme Court ruled on Tuesday that Prime Minister Boris Johnson had acted unlawfully when he advised Queen Elizabeth to suspend parliament weeks before Brexit – and that therefore the suspension was void.

Here are some reactions to the ruling:

“I have instructed the house authorities to prepare not for the recall, the prorogation was unlawful and is void, to prepare for the resumption of the business of the House of Commons,” he said.

“Specifically I’ve instructed the house authorities to undertake such steps as are necessary to ensure that the House of Commons sits tomorrow and that it does so at 11:30 a.m.”

“It demonstrates a contempt for democracy and an abuse of power by him. … I will be in touch immediately (with the speaker) to demand that parliament is recalled so we can question that prime minister, demand that he obeys the law that has been passed by parliament and recognise that our parliament has been elected by our people to hold our government to account. A Labour government would want to be held to account.

“I invite Boris Johnson in the historic words to consider his position,” Corbyn told delegates at the Labour Party’s annual conference in Brighton.

He has brought forward his main conference speech to Tuesday afternoon.

ACTIVIST GINA MILLER, ONE OF THE PEOPLE WHO BROUGHT THE LEGAL ACTION:

“Crucially today’s ruling confirms that we are a nation governed by the rule of law, laws that everyone, even the prime minister, is not above,” she said. “MPs should turn up for work tomorrow and get on with scrutinising this government.”

“Delighted that @UKSupremeCourt have followed Scottish court & found that @BorisJohnson acted unlawfully in #Prorogation of U.K. parliament. We must resume immediately & he must resign #Cherrycase #Brexit #StopTheCoup,” she said on Twitter.

“This is an absolutely stunning judgment by the Supreme Court today, none of us anticipated that we would have a result such as this,” he said.

“We must be back in parliament immediately, I know the speaker is going to be talking with all the party leaders, we want to get back to work and quite frankly on the back of this Boris Johnson must resign.”

“This is the most significant and historical constitutional court ruling that we’ve had in all of our lifetimes.

“Boris Johnson should resign, this is a prime minister who has been found by the UK Supreme Court to have acted unlawfully, seeking to evade scrutiny without good reason.

“If the prime minister isn’t prepared to do the decent and honourable thing in tendering his resignation, then I think parliament should quickly come together to force this prime minister from office.”

“This confirms what we already knew – Boris Johnson isn’t fit to be prime minister. He’s misled queen and country, and unlawfully silenced the people’s representatives. I’m on my way to resume my duties in the Commons and stop Brexit altogether,” she said.

“I am deeply, deeply disappointed, for our country and our democracy,” he told Reuters. “I am truly ashamed of this parliament, the sooner we have a General election the better.”

“Obviously, we have to accept it. It just highlights the constitutional imbalance that we now have. (Former Labour prime minister) Tony Blair has a lot of responsibility in this regard. His reforms were ill judged and have caused constitutional damage to the country,” the lawmaker told Reuters on condition of anonymity because Conservative parliamentary enforcers, or whips, have asked Conservatives to offer no comment on the ruling.

“We have always respected the principle of the separation of powers upon which our constitutional law is founded. Therefore the judgment of the Supreme Court has to be respected,” she said on Twitter.

“Boris Johnson has been called out today by the Supreme Court, the highest court in these islands. He has behaved like a tin-pot dictator,” she said in a statement.

“Boris Johnson needs to reflect on this judgment and consider his position.”

“The calling of a Queen’s Speech and prorogation is the worst political decision ever. Dominic Cummings must go,” He said on Twitter, referring to the prime minister’s senior adviser.