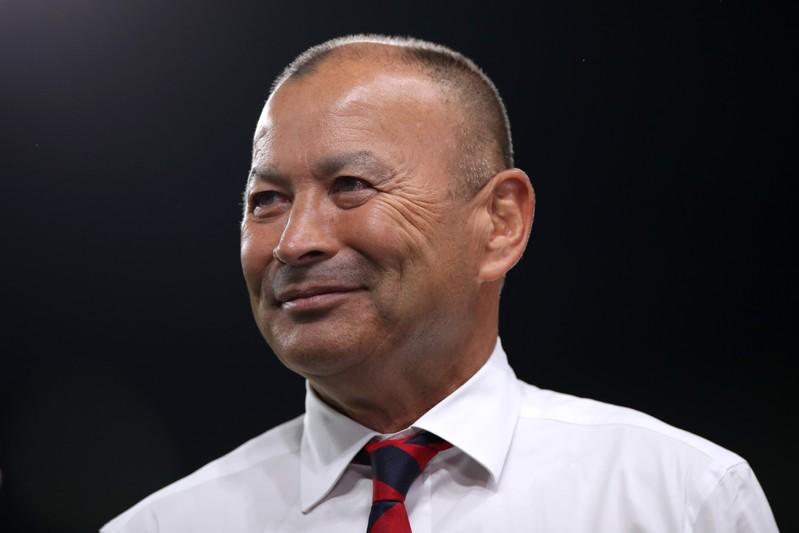 KOBE (Reuters) – England coach Eddie Jones expects the United States to play with huge self-belief and confidence when the teams clash in the Rugby World Cup on Thursday.

Jones, who announced 10 changes on Tuesday to the side that struggled to hit top gear in their opening Pool C win over Tonga, said the United States would be an entirely different proposition to the Pacific islanders.

“We know they’ve been down in Okinawa preparing with the marines, so they’ll be hardened for battle,” he told a news conference after announcing the team on Tuesday.

Jones has opted to rest rampaging center Manu Tuilagi, who scored two tries against Tonga, among a slew of changes while giving squad players a chance to stake a claim.

Joe Cokanasiga and fellow winger Ruaridh McConnochie will make their World Cup debuts and look to stretch the Americans, with Jones hoping his side takes better care of the ball than they did against Tonga, when a series of handling errors and penalties sapped their momentum.

Dan Cole, meanwhile, will join Luke Cowan-Dickie and Marler in the front row to earn his 91st cap, tying Jonny Wilkinson for third on the men’s all-time appearances list.

“We’ve got a plan for each player — some need to play a lot of rugby, some are better playing games every so often,” Jones added. “We try to manage the squad individually and in terms of what we need for each game to ensure we get the desired result.”

He justified selecting key player Billy Vunipola for his second game in a row – he also appeared in all of England’s warm-up games – by saying: “There’s a risk him going out and eating Kobe beef tonight. We feel like it’s much better he plays rugby than goes out and eats beef.

“He loves playing rugby, the best way to keep him fit is to play him and he’s an influential player in our team.”

Jones said the emphasis would be about cutting out the mistakes on Thursday.

“There was a lot of effort in our game on Sunday but not the execution,” added Jones. “So we are looking forward to executing a little bit more in attack and being even more physical in defense.”

Jones had said on Monday that the game against a well-rested U.S. team would be like playing against “15 Donald Trumps”, expecting the confident Americans to hold nothing back in their first game in Japan.

Four of the five players attached to English Premiership clubs in the U.S. squad have made coach Gary Gold’s starting line-up, including Sale Sharks flyhalf AJ MacGinty, while former Leicester Tigers back Blaine Scully will captain the side.

The youngest member of the squad, 19-year-old David Ainuu, gets to start at loosehead prop and Gold said he brings a lot to the table despite his inexperience.

“Energy, workrate, enthusiasm and hunger,” said Gold of the Tolouse prop. “He’s worked so incredibly hard over the two or three months that we’ve been together. He’s grown from strength to strength, literally and figuratively.”