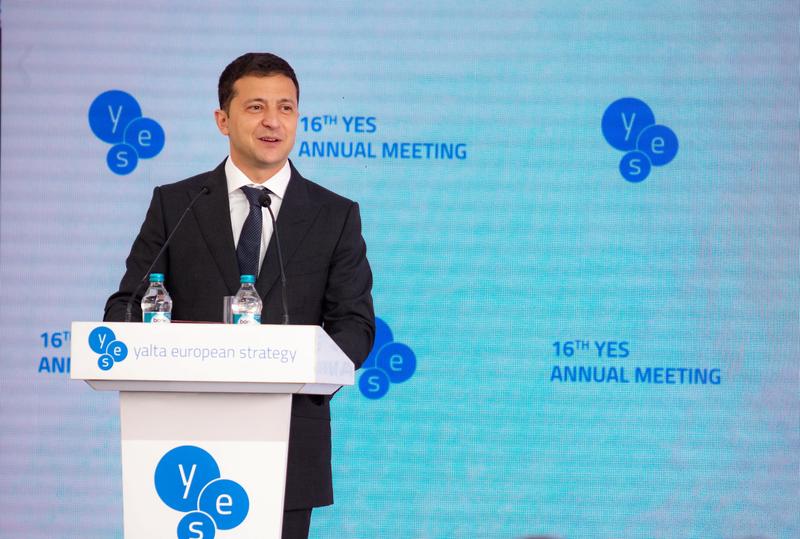 KIEV (Reuters) – An aide to Ukrainian President Volodymyr Zelenskiy was quoted on Monday as saying any investigation in Ukraine would be conducted transparently, after U.S. media reports said President Donald Trump asked Zelenskiy to investigate Joe Biden, a rival in next year’s U.S. election.

Trump’s July 25 call with Zelenskiy stoked controversy in Washington after reports that Trump repeatedly asked the Ukrainian leader to investigate whether Biden, the Democratic front-runner in next year’s election, misused his position when he was vice president.

Trump told reporters on Sunday he had discussed Biden and his son in a call with Zelenskiy but said their phone conversation was largely congratulatory.

Andriy Yermak, an aide to Zelenskiy, was quoted in Ukrainian media outlet lb.ua as saying that he had told Trump’s lawyer Rudolph Giuliani that any investigation would be transparent.

“We can guarantee that during our term in office all investigations will be carried out transparently,” Yermak said. “These are the fundamental principles and basis of President Zelenskiy’s program which we campaigned on.”