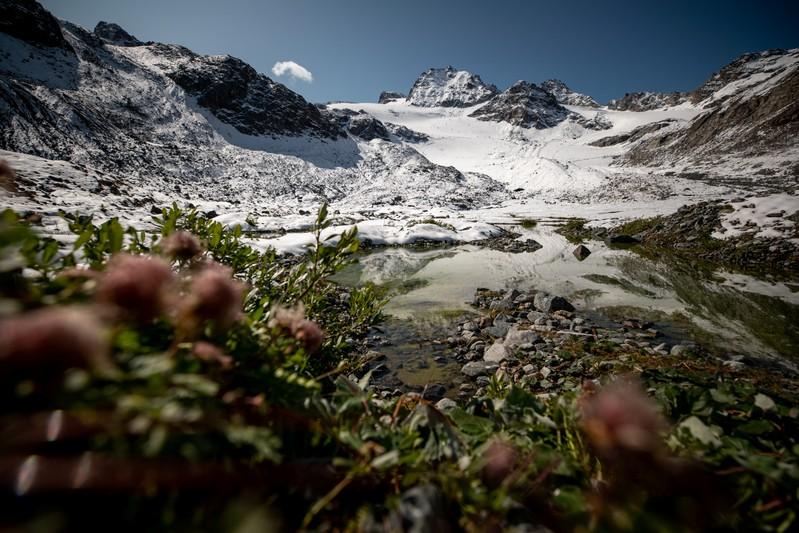 WEISSSEESPITZE, Austria (Reuters) – Scientists are racing to read a rapidly melting archive of climate data going back thousands of years – the inside of Austria’s Alpine glaciers.

Mountain glaciers are receding the world over as average global temperatures rise – a phenomenon that will be described in detail in a report by the Intergovernmental Panel on Climate Change this week.

Glaciers in Austria, on the eastern edge of the Alps, are particularly sensitive to climate change and have been shrinking even more rapidly than most, making it all the more urgent to examine their contents before they disappear, said Andrea Fischer, a scientist conducting the work.

“We are now roughly at 1920. The rest has already been lost – everything from 1920 until now,” Fischer, of the Institute for Interdisciplinary Mountain Research in Innsbruck, said of her work seeking Austria’s oldest ice at the top of the Weissseespitze, a peak more than 3,500 meters high.

“In the next two years we will lose another 70 years (of ice and data),” she added, describing ice at the top of the glacier.

At the top of this mountain, Fischer and her colleagues have drilled to the bottom of the comparatively undisturbed glacier to extract samples of its ice, which is being analyzed for information on the local climate thousands of years ago.

Fischer, whose work has contributed to the IPCC report, believes the ice could be 3,000 to 5,000 years old. Her samples are going through lab testing to date them.

The lower layers are more densely packed than those at the top, meaning that one meter of ice could include thousands of years of data.

“The ice is only a few meters thick. In a few years, this summit will be completely ice-free,” she said.

While analysis of other materials, such as tree trunks, can provide information on the air temperature in summer, glaciers’ ice is a rare source of information on precipitation, she said.

And much of it will soon be lost.

The challenge is to take current data on how the climate is changing and compare it with the information we have on the climate in previous centuries and millennia.

“The question is, how exceptional is this process? That is what we are determining with this drilling of the ice.”