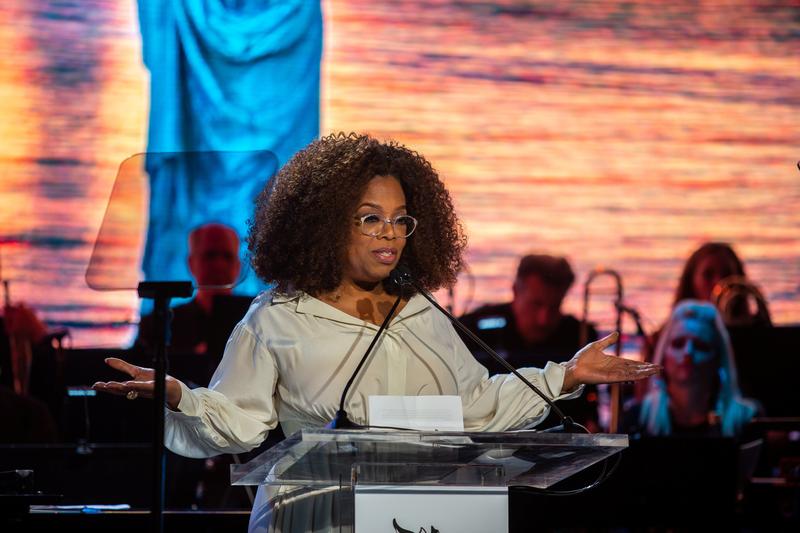 FILE PHOTO: Oprah Winfrey speaks at the opening celebration of the Statue of Liberty Museum on Liberty Island in New York, U.S., May 15, 2019. REUTERS/Demetrius Freeman

“It is one of the best books I have ever read in my entire life,” Winfrey said on CBS This Morning, announcing the inaugural selection for her re-activated “Oprah’s Book Club,” set to premiere on Apple TV on Nov. 1.

Coates, who joined Winfrey in the CBS television segment, said being picked for the media mogul’s king-maker book club was a “tremendous, tremendous honor.

“This is like a huge honor for me,” said Coates, whose many literature prizes include the 2015 National Book Award for Nonfiction for “Between the World and Me.”

He said he started writing the novel long before his now-famous non-fiction book, continually returning over the years to recasting and editing the novel, which goes on sale on Tuesday.

Winfrey, who was nominated for an Academy Award for her role as a former slave in Steven Spielberg’s 1985 film “The Color Purple, said she was drawn to the novel because it shed new light on slavery.

“I’ve been carried by the ancestors. Ta-Nehisi’s book allows us to recognize that carriage,” Winfrey said.