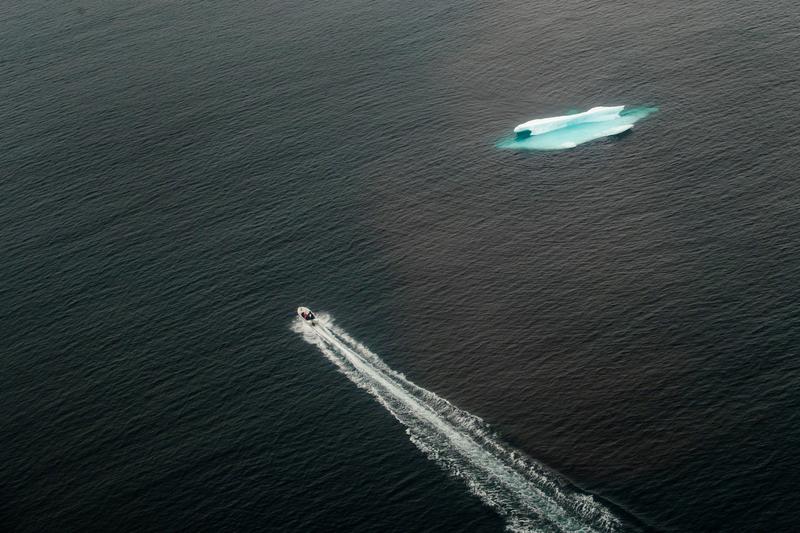 LONDON (Reuters) – Financial markets risk major disruptions by relying on business-as-usual forecasts that underestimate the impact of climate-change policies that are expected to abruptly tighten next decade, a leading group of investors has warned.

FILE PHOTO: A small skiff motors past an iceberg in the open ocean near Tasiilaq, Greenland, June 24, 2018. REUTERS/Lucas Jackson

The report by the U.N.-backed Principles of Responsible Investing (PRI), representing investors with $86 trillion of assets under management, joins a growing chorus of warnings that forecasts and investments by oil and gas companies are out of sync with the pace needed to meet energy transition targets.

The International Energy Agency’s central outlook, which underpins many government and business projections, is not aligned with targets set out in the 2015 Paris climate agreement to limit global warming to “well below” 2 degrees Celsius by slashing greenhouse gas emissions, the PRI warned.

For a graphic on IPR demand, please click: here

Scientists view a rise of more than 1.5 degrees Celsius in the Earth’s average temperature as a tipping point where climate impacts such as sea-level rise, natural disasters, forced migration, failed harvests and deadly heatwaves will rapidly start to intensify.

The study, branded the Inevitable Policy Response (IPR), predicts “an abrupt and disruptive” government policy response to climate change by 2025, which it expects to be a “tipping point.”

Under the IPR scenario:

– Oil demand peaks in 2026-2028 and oil in road transport peaks in 2025, much earlier than the IEA’s forecast that does not foresee demand growth stalling before the 2040s.

– Thermal coal, the most carbon-polluting fossil fuel, will be “virtually non-existent” by 2040.

– Wind and solar power will generate half of the world’s electricity by 2030.

– Internal combustion vehicles are phased out much faster than most outlooks

For a graphic on IPR emissions, please click: here

“We foresee an inevitable policy response by 2025 that will be forceful, abrupt and disorderly because of the delay,” Fiona Reynolds, chief executive of the PRI, said in a statement. “This will create considerably greater disruption than many investors and businesses are prepared for today.”

The Inevitable Policy Response forecast responds “to concerns that financial markets are overly reliant on business-as-usual outlooks – such as the International Energy Agency’s New Policy Scenario (NPS) – that assume limited policy response to climate change,” according to the PRI.

For a graphic on IPR IEA, please click: here

The IEA’s forecast, PRI said, “assumes the world will glide towards” a 2.7 degree Celsius – 3.5 degree Celsius warming above pre-industrial levels by 2100 “without any further climate policy action beyond what has already been announced.”

This scenario was highly unlikely given “the human suffering this would result in.”

The world’s top oil and gas companies have come under heavy pressure from investors to adapt to the energy transition by lowering their carbon emissions and investing more in renewables.

BP Chairman Helge Lund told Reuters in June that the London-based company would rather see a rapid, orderly phasing out of fossil fuels than a delayed and disorganized transition.

PRI represents 2,600 signatories including most of the world’s biggest investors such as BlackRock, Wellington, CalSTRS, Allianz, Aviva, Amundi.