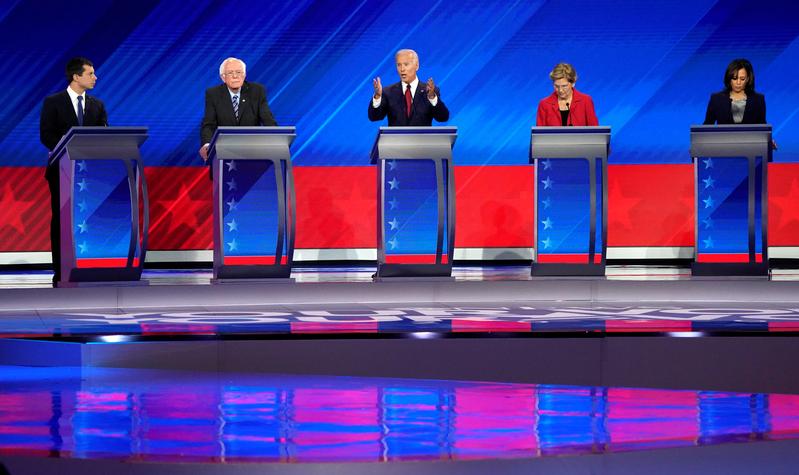 WASHINGTON (Reuters) – The Democratic National Committee on Monday announced new criteria for the fifth presidential debate in November, requiring candidates to receive 3 percent or more support in at least four opinion polls and have 165,000 unique donors.

They must show a minimum of 600 unique donors per state in at least 20 U.S. states, territories or the District of Columbia, it said.

The sprawling field has made it difficult for lesser-known candidates to register in the minds of Democratic voters, with several polling at 1 percent or less nationally.

New York Mayor Bill de Blasio ended his 2020 bid on Friday, saying the party’s rules for qualifying for televised debates had made it hard for him to continue. He failed to qualify for a Sept. 12 debate that featured the 10 leading candidates for the party’s nomination.

Criteria for the September and October debates required donations from at least 130,000 people and support of at least 2% in four DNC-approved polls.

U.S. Senator Cory Booker of New Jersey will drop out of the running unless he can raise $1.7 million over the next 10 days left in the fundraising quarter, his campaign said on Saturday.

“If we don’t have the money to grow, we are not going to stay competitive in this race,” Booker told MSNBC on Monday. “I don’t want to stick around if I’m not in this to win it.”

The next debate will be held in Westerville, Ohio, on Oct. 15 and possibly Oct. 16, depending on the number of qualifying candidates.