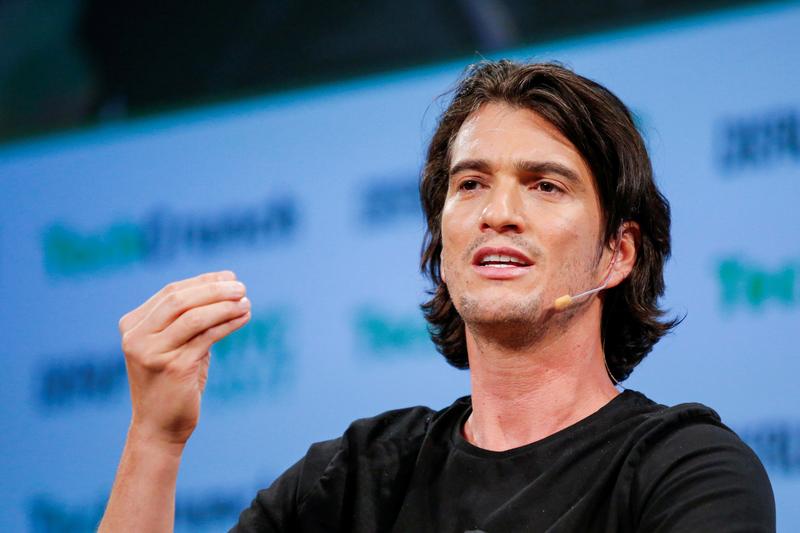 (Reuters) – Japan’s SoftBank Group Corp (9984.T), the biggest investor in WeWork owner The We Company, is exploring ways to replace Adam Neumann as chief executive of the U.S. office-sharing start-up, four people familiar with the matter said on Sunday.

The rare showdown between SoftBank and one of its biggest investments comes after We Company postponed its initial public offering (IPO) last week, following pushback from perspective investors, not just over its widening losses, but also over Neumann’s unusually firm grip on the company.

This was a blow for SoftBank, which was hoping for We Company’s IPO to bolster its profits as it seeks to woo investors for its second $108 billion Vision Fund. It invested in We Company at a $47 billion valuation in January, yet stock market investor skepticism led to the startup considering a potential valuation in the IPO earlier this month of as low as $10 billion, Reuters reported.

One option that SoftBank is considering is asking Neumann to become interim CEO while a headhunting firm is hired to find an external replacement, the first source said.

The sources asked not to be identified because the matter is confidential. We Company and SoftBank declined to comment, while Neumann and Benchmark Capital could not be immediately reached for comment. The Wall Street Journal first reported on SoftBank exploring ways to replace Neumann as CEO.

As co-founder of the We Company, Neumann holds special voting shares that enable him to dismiss dissident board directors and shoot down any challenge to his authority. However, SoftBank could choose not to back We Company’s IPO or provide it with more funding. It has already funded the cash-burning start-up to the tune of $10 billion, and was discussing committing another $1 billion to the IPO.

We Company said last week it is aiming to become a publicly traded company by the end of the year.

In a sign of the deteriorating relations between SoftBank and WeWork, Neumann did not participate in a gathering of executives of companies backed by SoftBank that took place in Pasadena, California, last week and was organized by SoftBank CEO Masayoshi Son, according to two people familiar with the matter.

Reporting by Anirban Sen in Bengaluru and Joshua Franklin in New York; Additional reporting by Greg Roumeliotis in new York and Rishika Chatterjee in Bengaluru; Editing by Sonya Hepinstall and Daniel Wallis