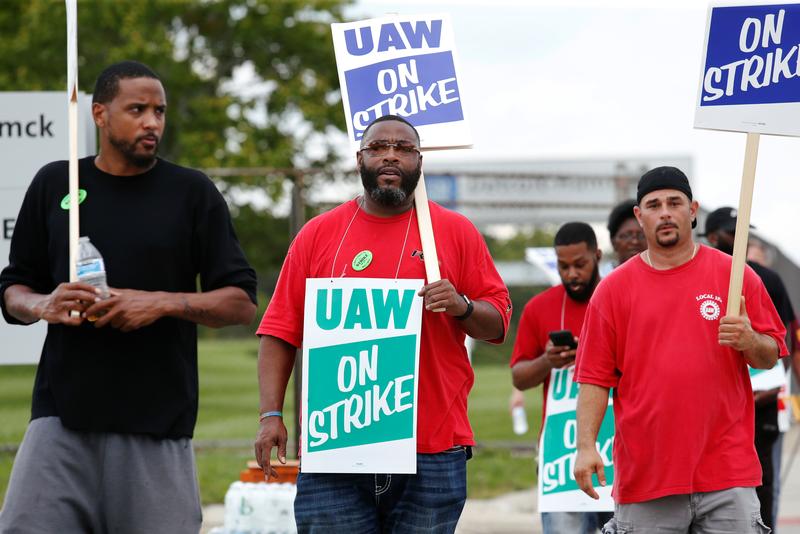 Senator Elizabeth Warren will join workers on the picket line outside GM’s Detroit-Hamtramck plant on Sunday, while Senator Bernie Sanders will do the same on Wednesday. GM has received harsh criticism from Democrats for shifting health insurance costs for its striking workers union as its members walked the picket line for the second day on Tuesday.

The United Auto Workers union called on Friday for people of faith and others to join the picket lines on Sunday, a sign the strike will not end immediately.

The union told members Thursday that some progress has been made in lengthy talks to end the strike of about 48,000 GM workers, but that many issues remain unresolved.

The Detroit-Hamtramck plant is among the plants that GM announced in November it planned to shutter, but officials have said privately that GM has offered to build an electric vehicle pickup at the plant as part of its contract offer — as well as to add battery operations at a shuttered pant in Ohio.

“Auto workers deserve good wages, comprehensive benefits, and economic security,” Warren said this week. Sanders has urged GM to “end the greed, sit down with the UAW and work out an agreement that treats your workers with the respect and the dignity they deserve.”

Senator Amy Klobuchar, another Democratic presidential candidate, handed out donuts to GM workers on the picket line on Thursday at the Detroit-Hamtramck plant.

A growing number of workers at suppliers are being impacted by the stoppage, while about 500 workers at an Ohio joint venture plant that makes engines for pickups will be idled next week if the strike continues. A total of about 2,000 GM workers in Canada have been idled, GM said. Other suppliers have also laid off workers as a result of the work stoppage.

A GM spokesman said Friday talks were continuing but declined to elaborate. UAW vice president Terry Dittes told members in a letter released to media outlets Thursday that meetings will continue this weekend and beyond if a tentative agreement is not reached.