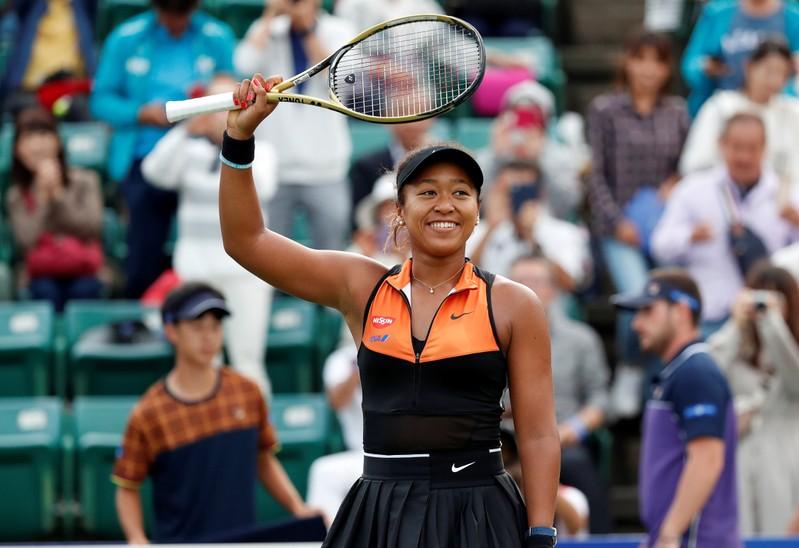 (Reuters) – World number four Naomi Osaka showed no signs of fatigue as she powered past Belgium’s Elise Mertens 6-4 6-1 in her second match of the day to reach the Pan Pacific Open final on Saturday.

Osaka was forced to double up after persistent showers had washed out her quarter-final against Yulia Putintseva on Friday and the top seed outclassed her Kazakh opponent 6-4 6-4 to advance to the semi-finals in Osaka, Japan.

Up next for the twice Grand Slam champion is Russia’s Anastasia Pavlyuchenkova who ended Angelique Kerber’s resurgence with a 6-3 6-3 victory.

“It’s been kind of rough like the past couple of months so I’m really glad that I made it to the final,” Osaka, who sacked coach Jermaine Jenkins after a disappointing U.S. Open title defense, told reporters.

“I wasn’t that tired. I think I had a pretty good fitness level going into this tournament, so that really helped me.

“The two matches I played, they were so different from each other. Against Yulia, there were more long rallies and against Mertens, it was more serve-reliant.”

Osaka, runner-up in 2016 and 2018 when the tournament was held in Tokyo, will play in her first final since she winning the Australian Open title on the hardcourts of Melbourne.

The 21-year-old earlier said it was her preferred surface after dispatching Putintseva, who shocked the Japanese in the first round of Wimbledon this year.

“I learned a lot from when I played her at Wimbledon, and I know that a hardcourt is where I feel most comfortable,” Osaka added. “And also, I’m playing in Japan, so I thought I had the advantage this time around.”

Reporting by Shrivathsa Sridhar in Bengaluru, editing by Ed Osmond