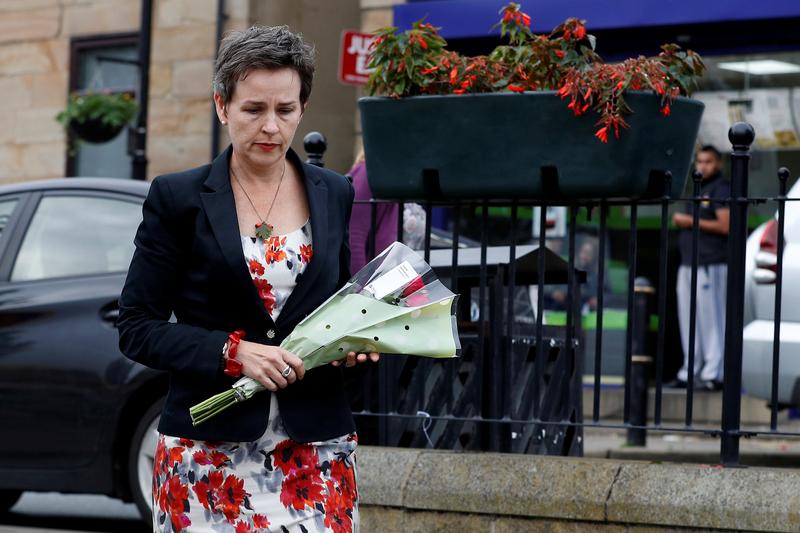 FILE PHOTO: Labour MP Mary Creagh arrives to lay flowers in tribute to Jo Cox, near the scene where she was killed in Birstall near Leeds, June 16, 2016.REUTERS/Phil Noble

LONDON (Reuters) – A motion to abolish the position of deputy leader at Britain’s main opposition Labour Party in a bid to oust Tom Watson, whose position on Brexit differs from leader Jeremy Corbyn, has been withdrawn, lawmaker Mary Creagh said on Saturday.

Citing disloyalty over Brexit at a meeting of Labour’s National Executive Committee on Friday, Jon Lansman, the founder of the left-wing grassroots movement Momentum, had proposed abolishing the deputy’s post, according to two party officials.

“I understand the motion against Tom Watson has been withdrawn,” Creagh said on Twitter.