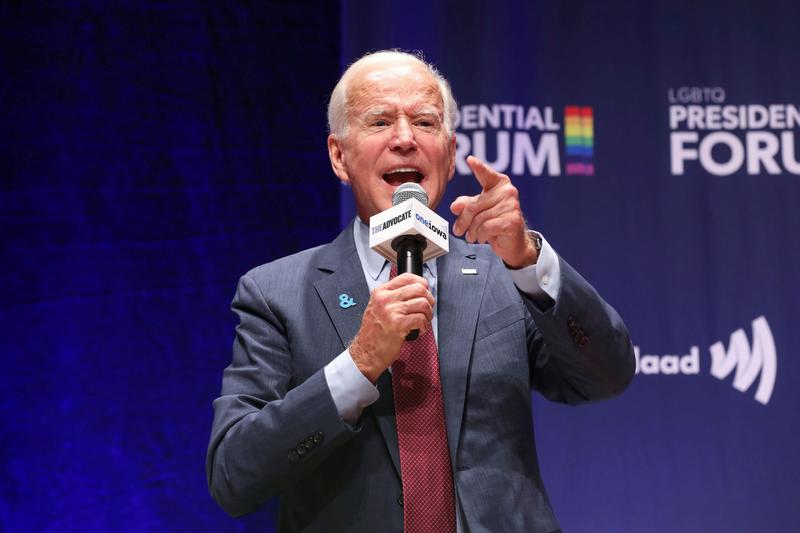 Biden was questioned at the multi-candidate event on Friday night about his votes as a U.S. senator from Delaware on legislation that included the “don’t ask, don’t tell” policy that prohibited openly gay individuals from serving in the U.S. military and a law defining marriage as between a man and a woman.

When moderator Lyz Lenz, a columnist with the Cedar Rapids Gazette, one of the event’s sponsors, mentioned that Biden had called Republican Vice President Mike Pence – a religious conservative who as Indiana governor in 2014 signed a state law banning same-sex marriage – a “decent guy”, the audience booed.

“It’s just a matter of a way in which you usually speak – when we try to get things done – to talk about people,” Biden told Lenz.

The exchange between Lenz and Biden, the current front-runner to be the Democratic nominee to take on Republican President Donald Trump in November 2020, was the tensest of the night, when 10 of the 19 candidates vying for the nomination discussed LGBTQ issues, including Pete Buttigieg, mayor of South Bend, Indiana, who would be the first openly gay U.S. president.

The former vice president backed “don’t ask, don’t tell” as part of a larger defense bill and later voted to remove it. Though Biden also voted for the Defense of Marriage Act, he had previously opposed denying same-sex couples benefits.

He backed same-sex marriage before former President Barack Obama, for whom he served. And shortly after his statement about Pence, Biden wrote on Twitter that there is “nothing decent about being anti-LGBTQ rights.”

Forum attendees Elle Boeding, Micah McCutchen and Emmett Cory, all 20-something students at the University of Northern Iowa who are involved with the LGBTQ-group UNI Proud, said, though, that the event made them further doubt whether Biden was the best representative for a party that has rapidly evolved on lesbian, gay, bisexual, transgender and questioning/queer issues.

Cory questioned Biden’s response that he “didn’t have to evolve” because he was an early supporter of gay rights.

“I think that he thinks he doesn’t need to, but he does, he can’t just ride (his political history) without having to get with the times,” Cory said.

Boeding was turned off by Biden at times interrupting Lenz, who tweeted that Biden “said to me dryly, ‘You’re a real sweetheart,’” as the two walked off stage.

“In this specific setting, interrupting a woman is a no go … I don’t know what it will take for him to connect the dots,” Boeding said.

Biden is set to attend additional campaign events in Iowa on Saturday, including a multi-candidate steak fry hosted by a county Democratic Party. His appearance at the LGBTQ forum came amid news reports that Trump repeatedly pressured Ukraine’s president to investigate Biden and Biden’s son.

Reporting By Amanda Becker in Iowa and Trevor Hunnicutt in New York; Editing by Tom Hogue