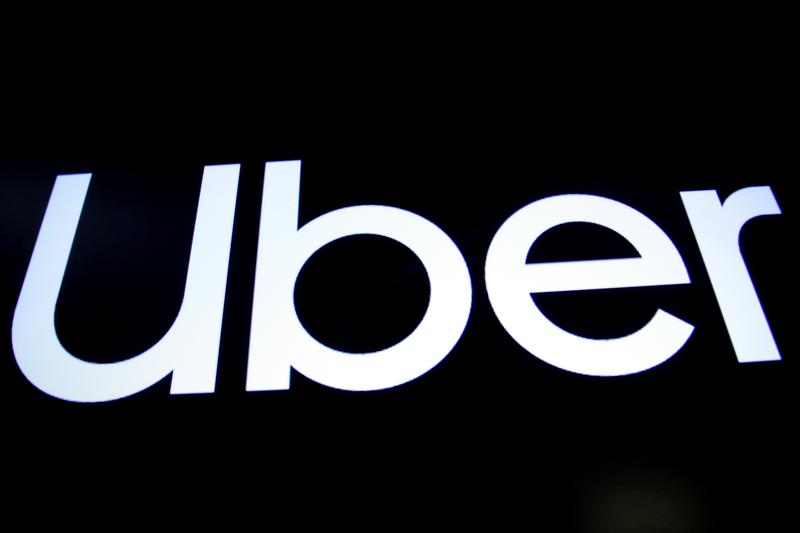 FILE PHOTO: A screen displays the company logo for Uber Technologies Inc on the day of its IPO at the New York Stock Exchange (NYSE) in New York, U.S., May 10, 2019. REUTERS/Brendan McDermid/File Photo

In a filing in New York state court in Manhattan, Uber also sought to void a rule banning the issuance of new licenses to for-hire vehicles through August 2020.

Seth Stein, a spokesman for Mayor Bill de Blasio, defended the rulemaking by the city’s Taxi and Limousine Commission, saying it would protect New Yorkers “against a company that seeks to put profit first.”

“Extending the cap on the issuance of new (for-hire) vehicle licenses for at least the next year in tandem with the cap on cruising is not only legal, it will bring needed relief to congested streets and hardworking drivers,” Stein said.

Uber, which is based in San Francisco, has drawn criticism from many cities that its vehicles increase congestion and take away business from taxi and other services.

In New York City, the value of “medallions,” or licenses, needed to operate taxis has plunged in recent years as ride-sharing services such as Uber and Lyft gained popularity.

Uber is challenging the city’s “cruising cap” rule that sets a 31% limit on how much time drivers of app-based vehicles may drive without passengers in Manhattan south of 96th Street -meaning they would have to have fares at least 69% of driving time.

“The rule would threaten the viability of the ride-sharing model as it currently exists, jeopardizing the benefits this model has created for riders and drivers,” Uber said. It said that while it has “publicly and vocally supported” reducing congestion in Manhattan, the cruising cap was based on “flawed and arbitrary” economics.