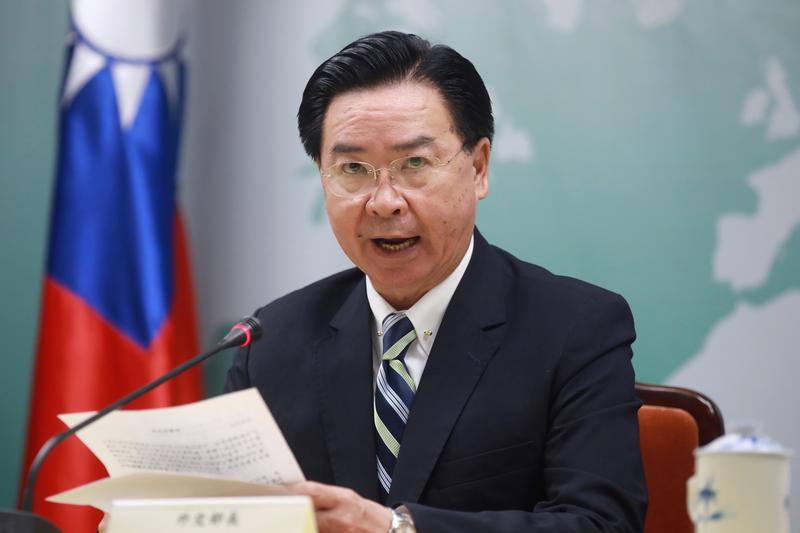 TAIPEI (Reuters) – China offered airplanes and ferries to lure the Pacific island nation of Kiribati into switching diplomatic relations, Taiwan said on Friday, as the self-ruled island lost another ally to Chinese pressure.

The switch, just days after the Solomon Islands cut ties with Taiwan, deals a fresh blow to President Tsai Ing-wen, who is seeking re-election in January, as it takes to seven the tally of allies lost to China since she took office in 2016.

Taiwan has terminated diplomatic ties with Kiribati and will immediately shut its embassy there, Foreign Minister Joseph Wu told reporters in Taipei.

“According to information obtained by Taiwan, the Chinese government has already promised to provide full funds for the procurement of several airplanes and commercial ferries, thus luring Kiribati into switching diplomatic relations,” he added.

“It is blatantly obvious that the Chinese government, by creating these diplomatic incidents, seeks to manipulate public opinion in Taiwan, influence Taiwan’s upcoming presidential and legislative elections, and undermine its democratic processes.”

The Kiribati president’s office and China’s foreign ministry did not immediately respond to requests for comment.

China claims Taiwan as its territory, and says the democratic island has no right to formal ties with any country.

Since Tsai took office, China has stepped up pressure on Taiwan, by flying regular bomber patrols around the island, for example. China suspects Tsai of pushing for Taiwan’s formal independence, a red line for Beijing.

Aid requested by Kiribati from Beijing includes loans and a Boeing 737 aircraft, said a senior official in Taiwan with direct knowledge of the matter who sought anonymity.

Citing intelligence gathered by Taipei, the source said China aimed to peel away more of Taiwan’s allies before the 70th anniversary of the founding of Communist China on Oct. 1.

“That worries several countries in the region, including the United States and Australia,” said the official, citing fears over China’s growing influence on the so-called “second island chain” in the Pacific.

Kiribati is the seventh country to drop Taiwan as a diplomatic ally since 2016, following Burkina Faso, the Dominican Republic, Sao Tome and Principe, Panama, El Salvador and the Solomon Islands.

“The DPP should examine the real cause behind the breaking of ties and propose a practical solution,” it said.

“It should not continue to shift the responsibility to the former ally, the mainland authorities or the opposition party.”

FILE PHOTO: Lagoons can be seen from a plane as it flies above Kiritimati Island, part of the Pacific Island nation of Kiribati, April 5, 2016. REUTERS/Lincoln Feast/File Photo

“With the breaking of ties, China is forcing Taiwan to accept ‘one country two systems,’” said Yun-kung Ting, a spokesman for Taiwan’s presidential office, referring to an arrangement similar to that of Asian financial hub Hong Kong, which guarantees certain freedoms to the Chinese-ruled city.

“The more Taiwan shows that it’s not being intimidated, the more it frustrates China’s scheme,” Ting said.

Reporting by Yimou Lee in TAIPEI; Additional reporting by Ben Blanchard in BEIJING, Jonathan Barrett in SYDNEY and Tom Westbrook in SINGAPORE; Editing by Neil Fullick and Clarence Fernandez