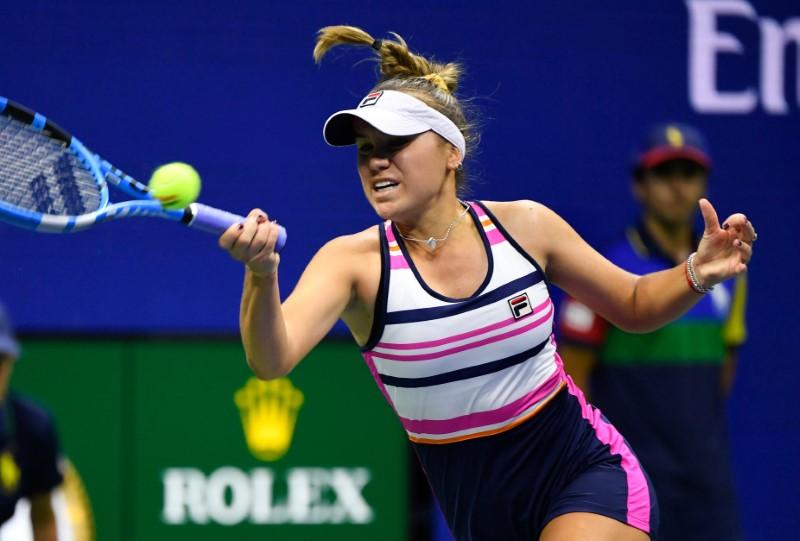 Former U.S. Open champion Stosur lost the first four games in her first career meeting against Golubic, who went on to seal the opening set after saving three break points on her own serve.

Stosur, who arrived into the week ranked 129th in the world, soon rediscovered her service rhythm and went on to convert five of her next 14 break point opportunities to seal victory.

“I just tried to hang in there and find a way to start playing a bit better,” Stosur said. “She’s very tough to play against so I’m just happy to get through.

“This is where everyone wants to be, so to now make it to the final, I’m really happy and I’ll give it my best shot tomorrow.”

The 35-year-old will play for her first title since winning in Strasbourg in 2017 and will meet American third seed Sofia Kenin in Saturday’s final.

Reporting by Hardik Vyas and Rohith Nair in Bengaluru; editing by Emelia Sithole-Matarise