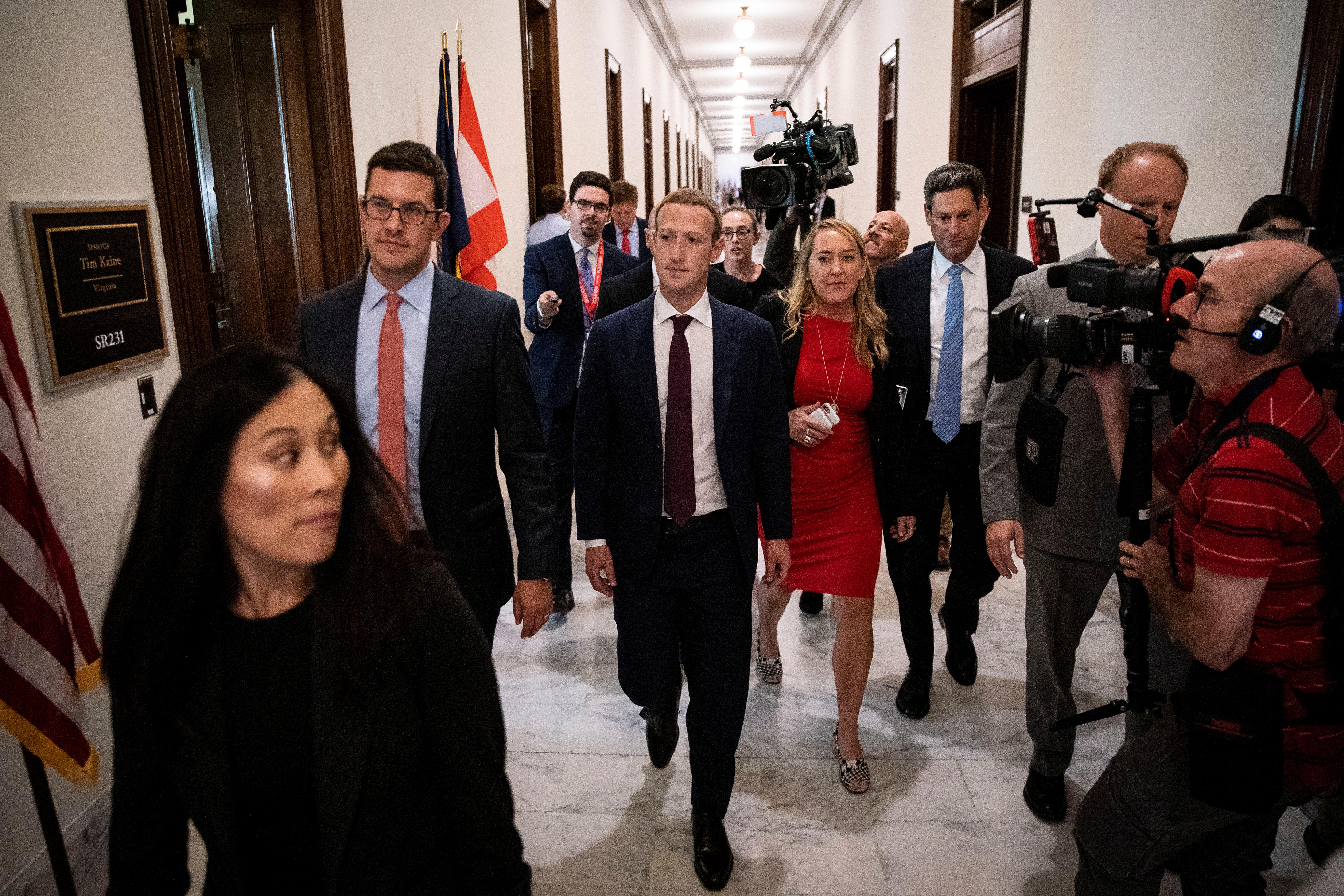 WASHINGTON (Reuters) – Facebook’s Mark Zuckerberg met with President Donald Trump on Thursday during a fence-mending visit to Washington where the chief executive faced aggressive questioning from lawmakers about the social network’s failures to protect consumer privacy.

Trump posted a photo with Zuckerberg on Twitter and called their session a “nice meeting” in the Oval Office. Facebook (FB.O) said the tech executive “had a good, constructive meeting with President Trump at the White House today.” Neither side disclosed specifics of their discussion.

Trump has castigated Facebook repeatedly, accusing it of being biased in favor of Democrats. The company has faced a barrage of other criticism over privacy lapses, election-related activity and its dominance in online advertising, giving rise to calls for more regulation and anti-trust investigations.

Wearing a suit and tie rather than his usual hoodie, Zuckerberg met on Thursday, the second day of the three-day visit, with Senators Josh Hawley, Tom Cotton and Mike Lee. He also had dinner with lawmakers, including Senator Richard Blumenthal, on Wednesday evening.

Zuckerberg took no questions from reporters as he moved from office to office on Capitol Hill. He will meet with House Republican Leader Kevin McCarthy and Representative Doug Collins, the top Republican on the Judiciary Committee, on Friday and will meet with several high-ranking House Democrats.

After his meeting with the Facebook founder, Hawley, a tough critic, said that discussions had been “frank,” often a euphemism for contentious. He urged Zuckerberg to sell Facebook’s Instagram and WhatsApp units, which would limit how much information it could compile about an individual from different sources.

“I said to him, ‘Prove that you’re serious about data. Sell WhatsApp. And sell Instagram,’” Hawley told reporters. “Safe to say he was not receptive to those suggestions.”

Hawley has accused Facebook of suppressing conservative speech including when it found this month that statements on the anti-abortion group Live Action’s Facebook page were false and temporarily restricted access to it.

Hawley expressed exasperation with the CEO’s acknowledgement that restricting access to the page had been an error. Urging Facebook to submit its content moderation process to an independent third-party audit, he said, “The company talks a lot. I’d like to see some action.”

Despite the harsh words, Zuckerberg’s trip appeared aimed at building bridges with Congress. While some lawmakers like Hawley were quick to upbraid the CEO, several senators praised Zuckerberg for taking extensive time to meet.

Democratic Senator Mark Warner told Fox Business Network, “Facebook leadership realizes that failure to have federal legislation (on internet issues) is actually going to hurt them and the whole platform industry in the long run.”

Facebook has spent the last several years under fire for a string of lapses including inappropriately sharing information belonging to 87 million users with a now-defunct British political consultancy, triggering a $5 billion fine.

The company, which is an advertising powerhouse, faces antitrust investigations by the Federal Trade Commission and a number of state attorneys general, as well as numerous legislative proposals that seek to restrict how it operates.

It may also face an antitrust probe by the U.S. Justice Department. Senator Lee was critical of what he saw as duplication in federal investigations in a hearing on Tuesday.