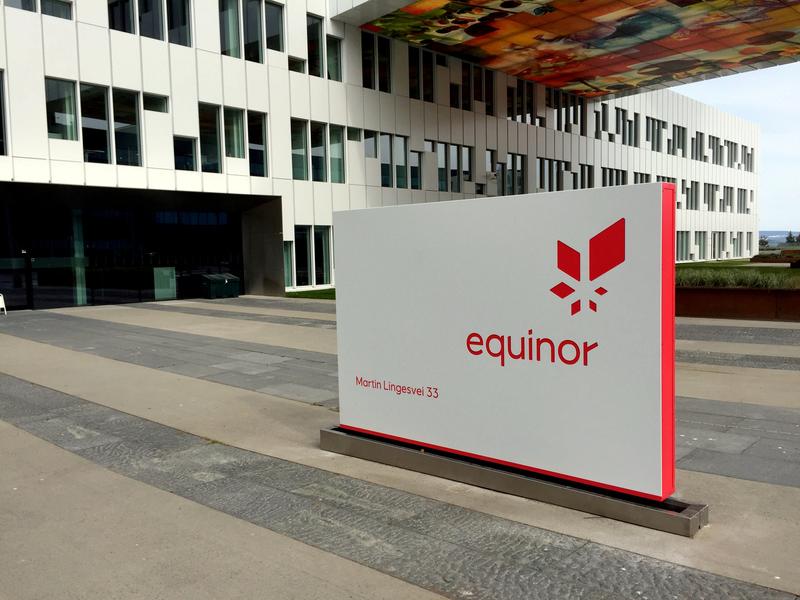 FILE PHOTO: The logo of Equinor, formerly known as Statoil, at the company’s headquarters in Fornebu, Norway, May 21, 2018. REUTERS/Nerijus Adomaitis/File Photo

OSLO (Reuters) – Equinor and Britain’s SSE have won a tender to build three wind farms off Britain, which the Norwegian firm said together will form the world’s largest such development.

Like other European oil firms, Equinor is developing its renewables business and is focused on offshore wind given its experience as an offshore oil platform operator.

“The successful bids for the world’s largest offshore wind development represent a game-changer for our offshore wind business and support the development of Equinor as a broad energy company,” Equinor CEO Eldar Saetre said in a statement.

The three farms on Dogger Bank, a shallow sandbank off the east coast of England, will provide up to 3.6 gigawatts of electricity, enough to provide to 4.5 million British homes, and trigger total capital investments of some 9 billion pounds between 2020 and 2026, Equinor said.

The partners plan to make a final investment decision in 2020, and the project is expected to start generating power in 2023, it added.

Equinor won as part of a tender by British authorities that awarded record low subsidies to twelve renewable projects.

In July, Equinor won the right to build two major offshore wind farms for the U.S. state of New York.