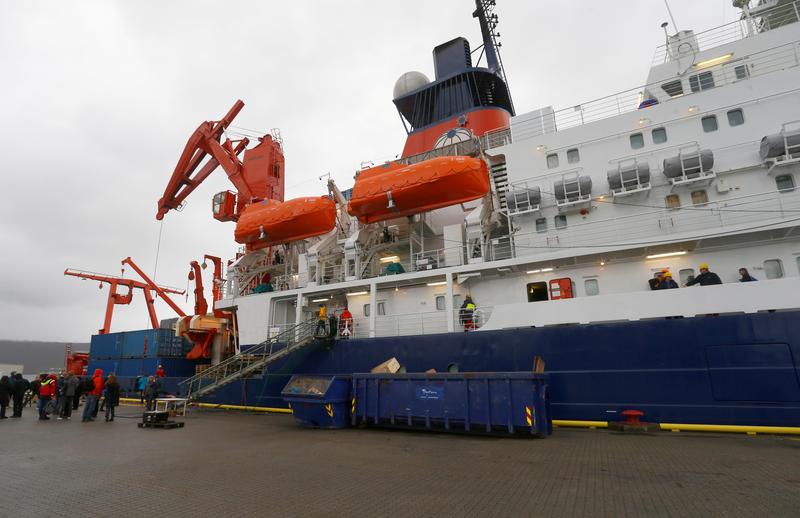 TROMSOE, Norway (Reuters) – Scientists from 19 countries are preparing to embark on a year-long expedition to the Arctic, the longest project of its kind, to better understand global climate change.

The icebreaker Polarstern is preparing to set sail from Tromsoe in northern Norway, allowing hundreds of rotating researchers to spend the next year close to the north pole.

“We want to go to the Arctic because it’s the epicentre of climate change,” Markus Rex, an atmospheric scientist at the Alfred Wegener Institute in Germany who leads the project, told Reuters.

The expedition, called Mosaic, is the first opportunity climate researchers have had to study the Arctic during the winter season as it has lacked necessary icebreaker equipment.

“We don’t understand the climate system in the Arctic well because we have never been there in winter,” Rex said.

The scientists will for the first time be able to observe the key climate processes in the central Arctic year round, in the hope they will be able to generate more robust climate predictions in the future.

“So far the climate models all have to guess somewhat about how these processes work in the central Arctic,” Rex said.

Writing by Victoria Klesty in Oslo; Editing by Steve Orlofsky