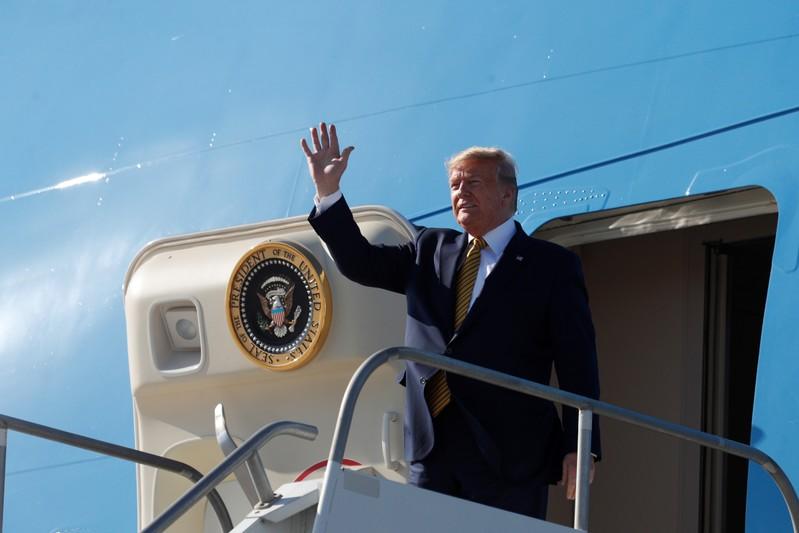 WASHINGTON (Reuters) – The expected legal battle over President Donald Trump’s plan to revoke California’s authority to set stiff vehicle emissions standards separate from those established by the U.S. government appears unlikely to be resolved before next year’s presidential election.

Democratic-led states and environmental groups have announced they will challenge the move by the Republican president, his latest salvo against the most populous U.S. state, and legal experts expect complex and lengthy litigation that ultimately makes its way to the U.S. Supreme Court.

Should a Democrat win the November 2020 election, it would be easier for the new president to unwind Trump’s move if no definitive court ruling has been rendered on a policy with high stakes for the auto industry, consumers and the environment.

California, a Democratic bastion, has for years had the authority to require automakers to build cleaner vehicles than federal requirements demand. Trump on Wednesday confirmed that the U.S. Environmental Protection Agency plans to revoke California’s authority. The formal announcement is due on Thursday.

Administration officials familiar with the matter, speaking on condition of anonymity, said they are fighting the clock to get the courts to complete work on the matter before Trump’s first term ends. They acknowledge that the fate of the rules may hinge on whether he wins a second term in office.

The legal fight is focused upon a provision of the Clean Air Act, a landmark federal law intended to combat air pollution, that allows California to receive a waiver from federal vehicle emissions standards, enabling the state to set its own.

California long has been a trend-setter on vehicle emissions standards, dating even to before the enactment of the Clean Air Act a half century ago. Other states have been permitted to adopt California’s standards, which may be tougher than the federal ones.

Jonathan Adler, a law professor at Case Western Reserve University School of Law in Cleveland, said some of the administration’s legal arguments could ultimately prevail but time is running short.

Usually, cases involving the complexities of the Clean Air Act take months to resolve by the court that normally handles such issues: the U.S. Court of Appeals for the District of Columbia Circuit.

If the administration loses in that court, which has a majority of Democratic-appointed judges, it would likely appeal to the Supreme Court, which has a 5-4 conservative majority. It appears unlikely that the litigation could reach the nine justices in time for any resolution before the end of next year.

The truncated timeline for the legal challenge mirrors efforts by Obama’s administration to implement its program to regulate carbon emissions from coal-fired power plants before the 2016 presidential election. The ambitious proposal was announced in 2015 but the Supreme Court put it on hold in February 2016 in a legal challenge filed by industry, meaning it was never implemented as litigation continued.

The appeals court formally dismissed that case this week, having made no determination on whether the Obama policy – ultimately reversed by Trump – was lawful.

“The Trump administration’s problem is ironically the same as the Obama administration in that they are trying to do big things and cement them in place but they are in danger of running out of time,” said David Doniger, a lawyer at the Natural Resources Defense Council, an environmental group that has said it will challenge Trump’s California proposal.

Automakers have not yet taken a stance on the plan. The National Automobile Dealers Association, a trade group, backs the Trump administration.

Trump met with major automakers in May 2018 and directed his aides to try to reach a deal with California – a decision that delayed the administration’s decision to revoke the waiver by months if not longer.

(This story adds dropped letter in first paragraph, year’s instead of year.)

Reporting by Lawrence Hurley; Additional reporting by David Shepardson; Editing by Noeleen Walder and Will Dunham