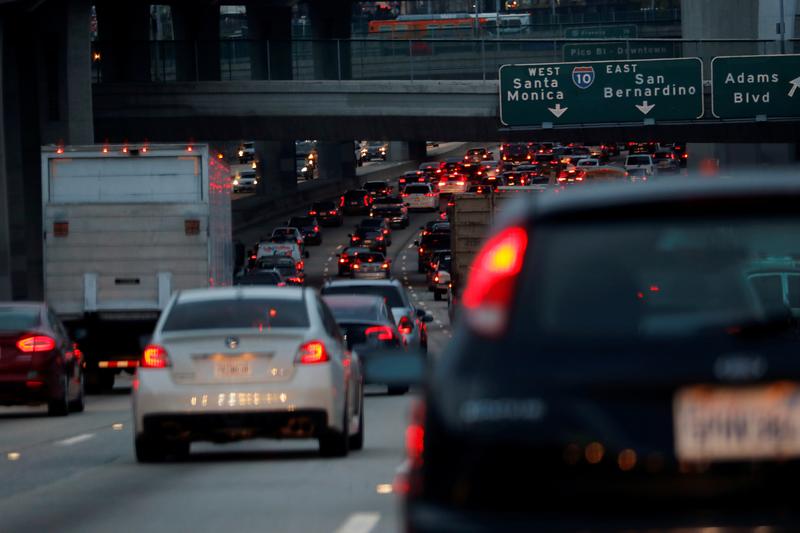 WASHINGTON (Reuters) – The Trump administration said on Thursday it is revoking California’s authority to set its own auto tailpipe emissions standards and to require some zero-emission vehicles – a decision that will spark a massive legal battle over the future of U.S. vehicles and the most populous state’s regulatory role.

Environmental Protection Agency (EPA) Administrator Andrew Wheeler said in a statement the decision will ensure nationwide rules that provide “much-needed regulatory certainty for the automotive industry.” Currently, California’s more stringent vehicle emissions rules are also followed by a dozen other states that account for than 40% of U.S. vehicle sales.

Transportation Secretary Elaine Chao said in a statement the decision ensures “no state has the authority to opt out of the nation’s rules, and no state has the right to impose its policies on the rest of the country.”

Revocation of California’s ability to set its own standards is part of a multipronged battle by the Trump administration to counter the state’s efforts to reshape the mix of vehicles driven by Americans. The administration also plans to finalize in coming months a separate rule that would roll back fuel-efficiency standards set under preceding President Barack Obama.

The Obama-era rules called for a fleetwide fuel efficiency average of 46.7 miles (75 kilometers) per gallon by 2025, with average annual increases of about 5%, compared with 37 mpg by 2026 under the Trump administration’s preferred option to freeze requirements.

In a joint statement with the EPA, the Department of Transportation’s National Highway Traffic Safety Administration said it is affirming that federal law preempts state and local regulation of vehicle fuel economy.

Meanwhile the EPA said in the statement it is withdrawing the Clean Air Act waiver granted to California in January 2013 for its tailpipe greenhouse gas emissions and zero emission vehicle regulations.

Reuters reported Wednesday the agencies will cite the California’s voluntary agreement with four automakers reached in July in its rationale to revoke the waiver.

Trump on Wednesday characterized the planned step as a win for consumers, saying vehicles would be less expensive and safer under federal requirements.

Officials in California rejected those claims and vowed to fight any attempt by the federal government to restrict the state’s ability to set its own standards on vehicle emissions and electric cars.

Automakers are caught in the middle.

While worried that California’s electric vehicle mandates will be costly, global automakers have little choice but to develop battery electric cars and trucks because Europe and China are pushing ahead with rules requiring them.