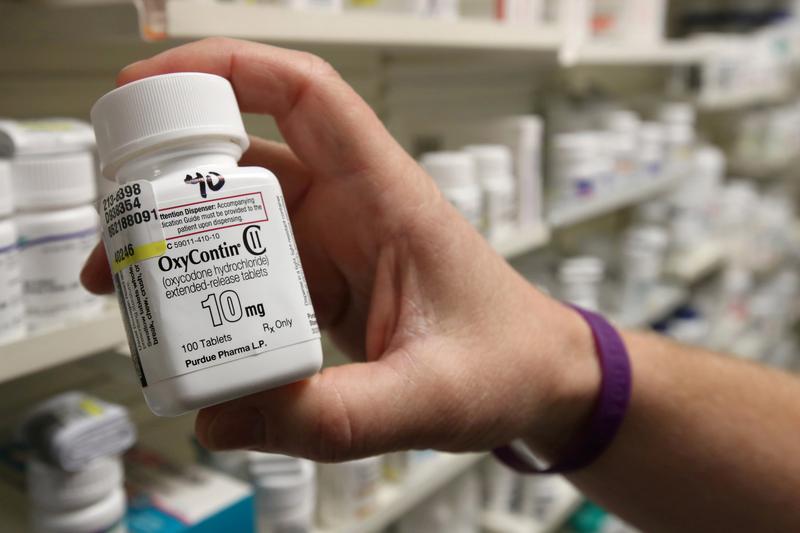 FILE PHOTO: A pharmacist holds a bottle OxyContin made by Purdue Pharma at a pharmacy in Provo, Utah, U.S., May 9, 2019. REUTERS/George Frey/File Photo

In addition to seeking a pause in widespread litigation against it, Purdue also asked U.S. Bankruptcy Judge Robert Drain to shield the wealthy Sacklers from related opioid lawsuits they face.

Purdue filed for Chapter 11 bankruptcy protection on Sunday after reaching an outline of a deal it estimated to be valued at more than $10 billion with states and local governments that brought the bulk of the cases. They allege the company deceptively marketed opioids by overstating benefits and downplaying risks.

Purdue has been accused of contributing to a public health crisis that has been marked by nearly 400,000 overdose deaths between 1999 and 2017, according to the latest U.S. data. Purdue and the Sacklers have denied they are liable for the opioid epidemic.