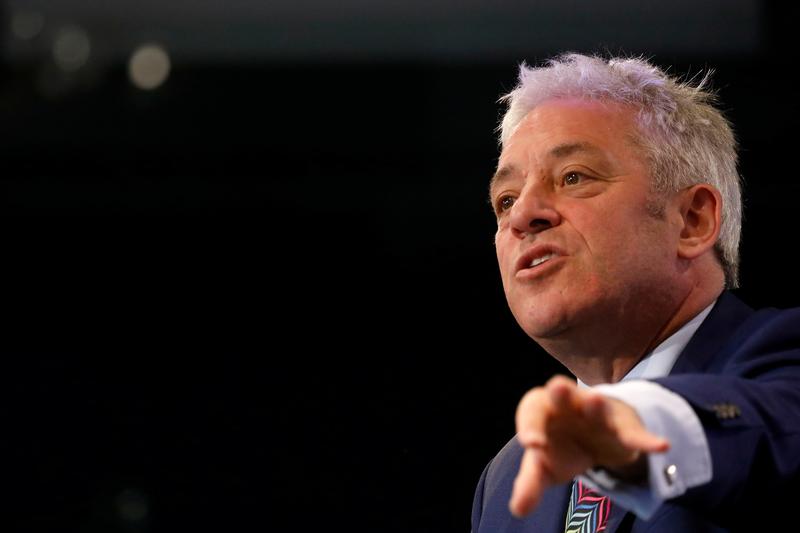 ZURICH (Reuters) – A no-deal Brexit before October 31 is out of the question without parliamentary support, Britain’s House of Commons Speaker John Bercow said in Zurich on Thursday.

“We have a bill that says there should be no no-deal Brexit before October 31 without the will of the British parliament,” Bercow said, speaking at an event at the University of Zurich on Thursday evening.

“That is the law of the land. It is non-negotiable. One can no more argue that it is legitimate to disregard that law on the ground that one is motivated by the noble goal of delivering Brexit by a specified date, than one can justify robbing a bank with the excuse that one fully intends immediately to donate the proceed of the robbery to a magnificent charitable cause.”