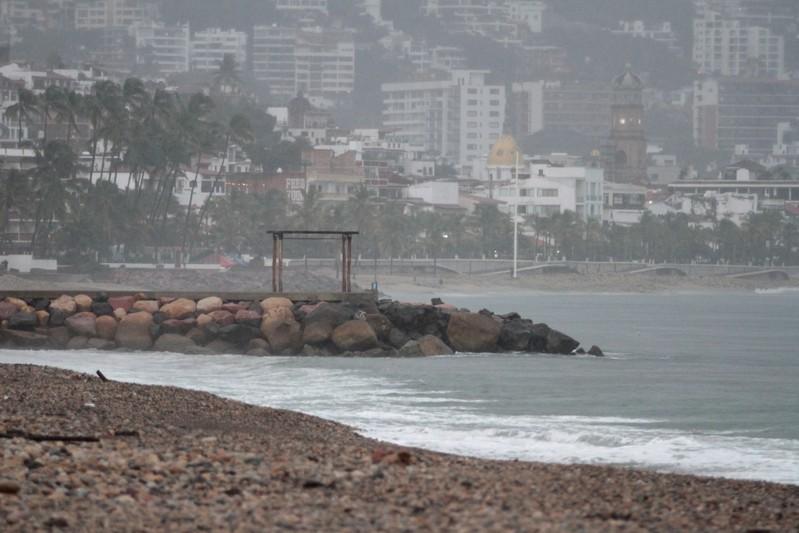 MEXICO CITY (Reuters) – Storm Lorena weakened slightly as it lashed parts of Mexico’s Pacific coast with heavy wind and rain on Thursday, including the seaside getaway of Puerto Vallarta in Jalisco state, where schools were shut pending the passage of the storm.

Lorena was downgraded to a tropical storm from a Category 1 hurricane on the five-step Saffir-Simpson scale after moving along the southwestern coast of Mexico overnight and Thursday morning, the National Hurricane Center (NHC) said.

But it was forecast to become a hurricane again as it recoups strength in the Pacific and barrels towards the beach resorts of Los Cabos on the Baja California peninsula by Friday afternoon.

With maximum sustained winds of 70 miles per hour (110 kph), Lorena was around 15 miles (25 km) southeast of Cabo Corrientes and moving to the northwest at around 10 mph (17 kph), the Miami-based NHC said in an advisory.

A hurricane watch is in effect for the Baja California peninsula from La Paz to Santa Fe, the NHC said.

A tropical storm warning is in effect from the port of Manzanillo to Punta Mita and in the Baja California peninsula from Los Barriles to Todos Santos.

It could produce total rainfall of 5 to 10 inches (13-25 cm), with maximum downpours of as much as 15 inches, along the coastlines of Michoacan, Colima and Jalisco states and could spark flash flooding and mudslides, the NHC said.