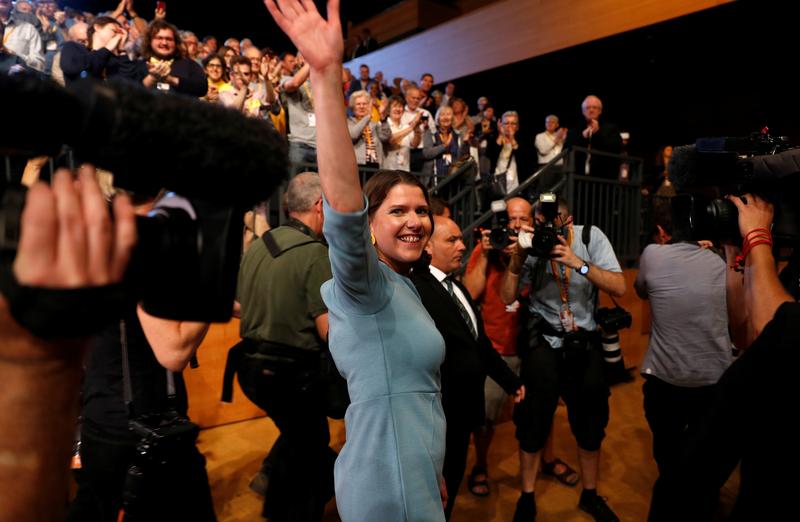 (Reuters) – Britons would prefer Liberal Democrats over the Labour Party in a potential general election, according to a new YouGov poll for The Times newspaper.

The poll puts the Liberal Democrats’ support at 23%, up four points from last week, and the Labour Party at 21%, two points down. The Conservative Party is at 32%, unchanged from a week ago, the poll showed.

It is the first time the Labour Party has been in third place since July.

Half of those who backed Labour in the 2017 election are sticking with the party, with a quarter going to the Liberal Democrats and 9% backing Nigel Farage’s Brexit Party, according to the poll.

Reporting by Maria Ponnezhath in Bengaluru; Editing by Gerry Doyle