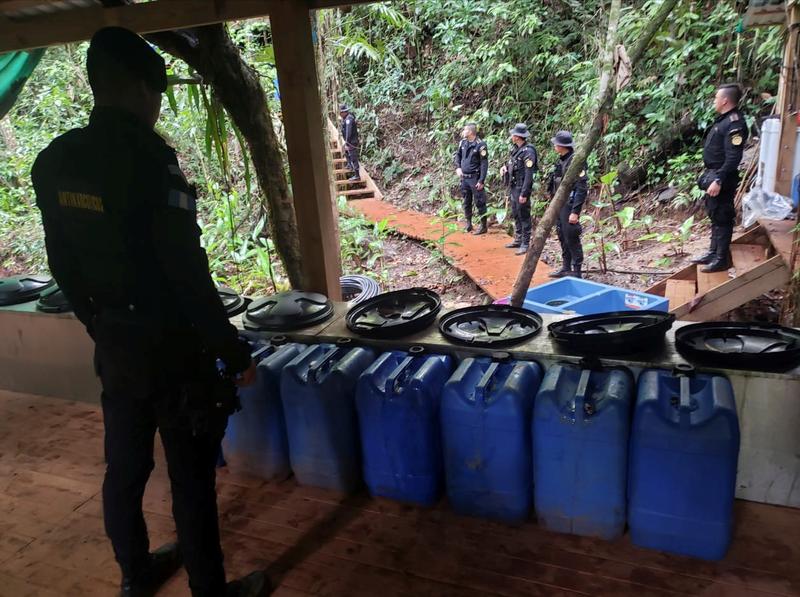 The discovery of about 1.3 million coca plants in tropical hills prompted Interior Minister Enrique Degenhart to admit Guatemala was now a cocaine producing nation and not just a transit point for drug traffickers.

Until recently, the crop was almost exclusively cultivated in Colombia, Peru and Bolivia.

Guatemalan authorities made the discovery after the government gave emergency powers to the military in eastern Guatemala in response to the murder of three soldiers earlier this month. At the time, the government said the soldiers were ambushed by drug traffickers.

The coca plants were found in remote stretches of the municipalities of Livingston on the Caribbean coast and El Estor, which sits on a lake popular with tourists and is where the soldiers were killed.

“The plantations were located in a mountainous area, which took three hours to get to on foot,” police spokesman Jorge Aguilar told Reuters.

Aguilar said he did not know how much territory the plantations covered. Last year, Reuters reported that a one hectare “trial” plantation containing 75,000 coca plants had been found in Guatemala.

The new plantations contain 17 times as many bushes.

Authorities declined to comment on which criminal groups they believed were involved.

Since the state of emergency was put in place 342 people have been detained and 57 motorcycles, 38 other vehicles and 52 firearms seized, while two cocaine processing labs were destroyed, police said in a statement.

Guatemala, one of the poorest and most gang-ravaged countries in the Americas, has long been a major transit country for cocaine. Traffickers have achieved influence over political parties and in some cases territorial control.

Despite support from the United States and some success in interdicting drug shipments at sea, Guatemala has struggled to control the traffickers. Making cocaine locally could provide gangs with increased revenue.

“Following the discovery of these narco-laboratories and the different fields with the coca plants, Guatemala now becomes a cocaine producer and that puts Guatemala in a totally different situation with respect to regional security,” Degenhart said.

The United States has long included Guatemala on a list of major drug transit or major illicit drug producing countries, but until recently it had only been known for plantations of the poppies used to make heroin and as a transit point for cocaine.

Guatemala made its first official discovery of a field of coca plants in May 2018, following an initial find of a plot in Honduras the year earlier.