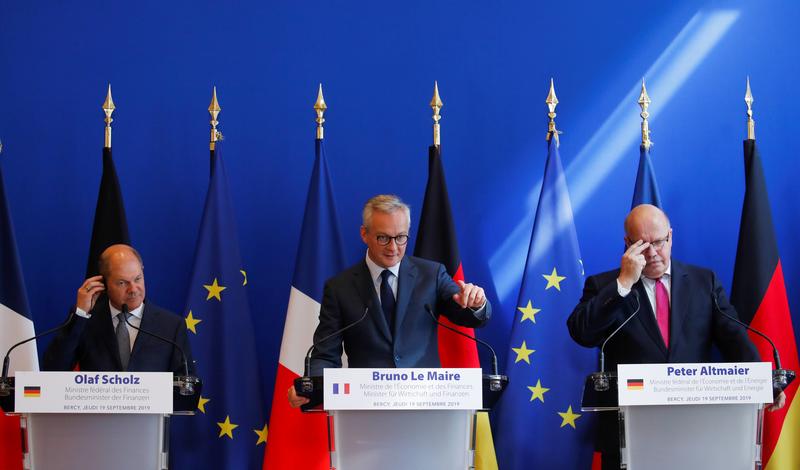 PARIS (Reuters) – France and Germany said on Thursday they were close to an agreement on how to remove obstacles to exporting weapons manufactured in joint programs, after French firms called for easing German export restrictions.

German curbs on arms exports to non-European Union or non-NATO countries have been a thorn in bilateral co-operation for years. Germany’s SPD party, part of the ruling coalition, is particularly concerned about the trade.

French firms, such as Nexter and Arquus, previously known as Renault Trucks Defense, say the restrictions have hindered deals and have urged the authorities to allow the export of equipment with German parts without requiring Berlin’s green light.

Germany’s ruling coalition agreed in 2018 to ban arms sales to countries involved in conflicts unless a waiver is granted. Germany extended by six months an embargo on sales to parties in the Yemen conflict, seen as a proxy war between Saudi Arabia and Iran.

“On the issue of weapons’ exports, we have a narrow dialogue with our German friends,” French Finance and Economy Minister Bruno Le Maire told a news conference with his German counterpart.

“We have found an agreement on this subject,” he said, without elaborating.

A French finance ministry official said a deal was in the works and was expected to be signed in coming weeks.

“We have had very constructive discussions and I am confident they will lead to a good result,” he said. “But an announcement will be made only when it is ready and agreed to by all.”

French diplomatic sources have said plans for a new warplane system and new tank, both to be developed by Paris and Berlin, could be undermined if there was no shift in German policy.

French economic newspaper La Tribune reported on Monday that a deal had been reached with Berlin.

In response to the La Tribune report the French Armed Forces Ministry said talks had not been concluded. The ministry declined to comment on Le Maire’s remarks on Thursday.

The newspaper had quoted sources saying Germany would not block French exports to Saudi Arabia and other countries provided equipment was made with less than 20% German components.