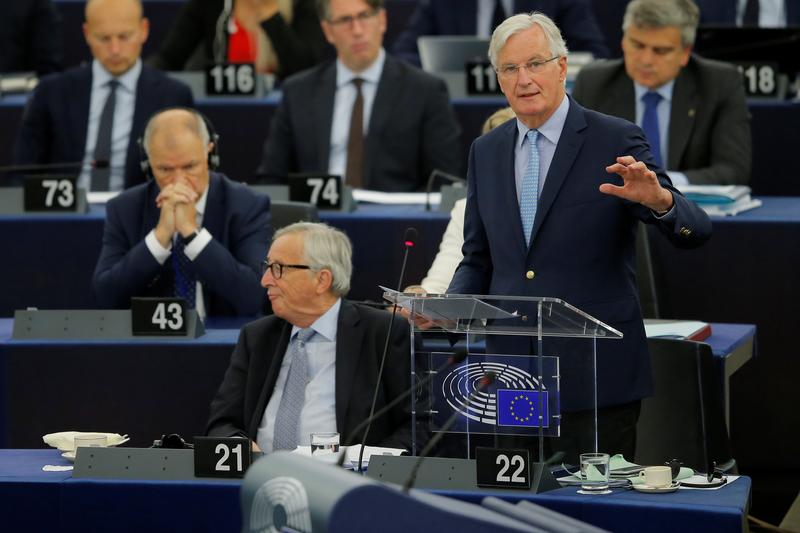 BRUSSELS (Reuters) – Britain has submitted some proposals in writing of how it would like the stalled Brexit deal to be amended, a spokeswoman for the European Union’s executive Commission said on Thursday, confirming an earlier Reuters report.

“We have received documents from the UK and on this basis we will have technical discussion today and tomorrow on some aspects of customs, manufactured goods and sanitary and phytosanitary rules,” said Commission spokeswoman Mina Andreeva.

She added that the EU and British Brexit negotiators, Michel Barnier and Stephen Barclay, will also discuss Brexit in Brussels on Friday.

“These are papers for now. Until we have looked at them in detail, I will not characterise them beyond being a paper,” Andreeva said.

The UK side said it had shared with Brussels “technical non-papers which reflect the ideas the UK has been putting forward,” without going into further detail. “We will table formal written solutions when we are ready,” a British government spokeswoman said.

Andreeva added that there was no formal deadline for Britain to submit formal proposals but stressed that every day counted now as the Brexit date nears on Oct. 31.