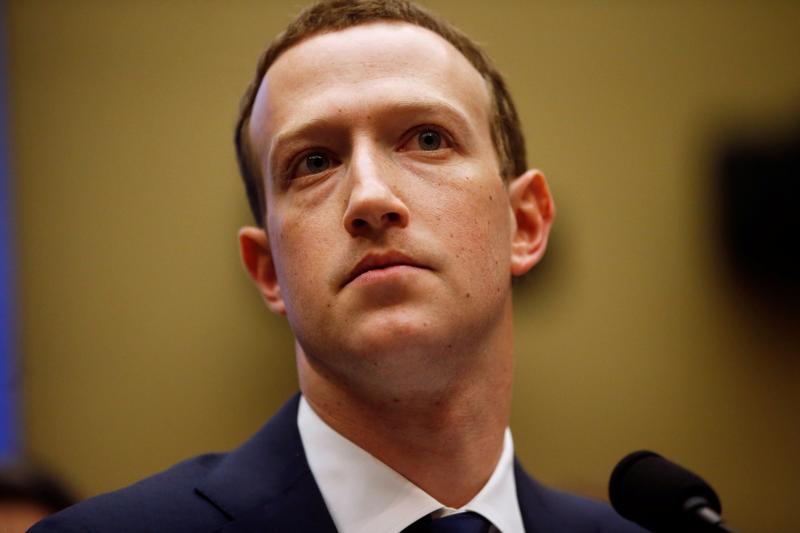 WASHINGTON (Reuters) – Facebook CEO Mark Zuckerberg is meeting with lawmakers on Capitol Hill for a second day on Thursday as part of an effort by the social media giant to mend its reputation as it faces a slew of government investigations.

Zuckerberg, who is also Facebook’s founder, is due to meet in Washington with Republican Senators Mike Lee of Utah and John Cornyn of Texas among others. He has other meetings planned for Friday on Capitol Hill.

Discussions on Wednesday with lawmakers focused mainly on election security and data privacy concerns, sources close to the meetings said.

A person briefed on the matter said Zuckerberg was also expected to hold meetings with the Trump administration. Facebook and the White House both declined to say if Zuckerberg would meet with President Donald Trump.

Facebook has spent the last several years under fire for a string of lapses including inappropriately sharing information belonging to 87 million users with a now-defunct British political consultancy, triggering a $5 billion fine.

The social media giant, which is an advertising powerhouse, faces antitrust investigations by the Federal Trade Commission and a number of state attorneys general, as well as numerous legislative proposals that seek to restrict how it operates.

It may also face an antitrust probe by the U.S. Justice Department, and Senator Lee was critical of what he saw as duplication in federal investigations in a hearing on Tuesday.

Senator Mark Warner, a Democrat and vice chair of the Intelligence Committee, helped organize a dinner for Zuckerberg with other senators at the company’s request, Warner spokeswoman Rachel Cohen said Wednesday evening.

At an unnamed restaurant, the senators and Zuckerberg discussed “the role and responsibility of social media platforms in protecting our democracy, and what steps Congress should take to defend our elections, protect consumer data, and encourage competition in the social media space,” she said.

Senator Richard Blumenthal was among those at the dinner, and called the discussions serious and substantive.

“It’s no secret that I’ve been a tough critic of Facebook, so I was glad for the opportunity to discuss my concerns directly with Mr. Zuckerberg,” Blumenthal said in a statement. “I focused on the challenges of privacy safeguards and I welcome the strong, constructive interest shown by Mr. Zuckerberg.”

The Facebook chief met on Wednesday with Senator Maria Cantwell, one of several lawmakers working to draft online privacy legislation.

Cantwell and Zuckerberg met for more than half an hour in her office to discuss privacy and election security, according to a source knowledgeable about the meeting.

Senator John Thune, the No. 2 Senate Republican and former chairman of the Senate Commerce Committee, said that Zuckerberg was meeting with Democrats on the panel but did not name them.

“I hope he raises the issue of privacy too,” he said. “We’ve been trying to get a privacy bill going and I think he can have some influence, especially with some Democratic members on that issue.”