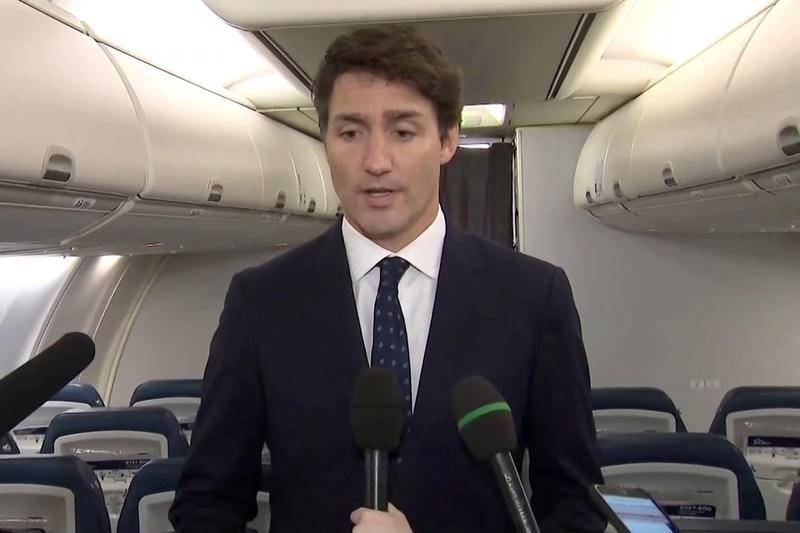 OTTAWA (Reuters) – Canadian Prime Minister Justin Trudeau’s brownface picture scandal deepened on Thursday as other images of him emerged wearing dark make-up only hours after he had apologized for what he characterized as a racist act at a 2001 costume party.

With less than five weeks to go before a national election, Time magazine published a picture of him on Wednesday in brownface from an “Arabian Nights” party when he was a 29-year-old teacher at a private school in Vancouver.

During his apology, he also admitted to performing “Day O”, a traditional Jamaican song made famous by Harry Belafonte, in brownface during a high school talent show years earlier. The Canadian Broadcasting Corp then published a picture from that performance that was confirmed as authentic by a spokeswoman.

Also, Global News put out a video showing Trudeau again in dark make-up making faces and sticking his tongue out. It was not immediately clear exactly when that video was from.

“We can confirm that it is him and it’s from the early 1990s,” a Liberal official said of the video without clarifying the circumstances around the video.

He spent the morning calling “many” Liberal candidates and community leaders to fully apologize for what he did “knowing how racist and hurtful this type of thing was to do,” spokeswoman Eleanore Catenaro said.[L2N26A0L5]

Trudeau has championed racial equality and diversity as prime minister over the past four years, and he has three prominent ministers of Indian descent in his cabinet.

But it was clear when his main competitor, Conservative Party leader Andrew Scheer, called him “unfit to govern” late on Wednesday that it could be a turning point in a very tight election race that now has the two virtually tied.

“It is clearly very damaging at this time and the full impacts will not become clear for a week or so,” said Frank Graves, head of EKOS Research polling company.

“I don’t think it will be fatal but time will tell. The Liberals have high ground on the diversity and racism file, and Trudeau needs to unremittingly note how he screwed up… Voters will then decide,” he said.