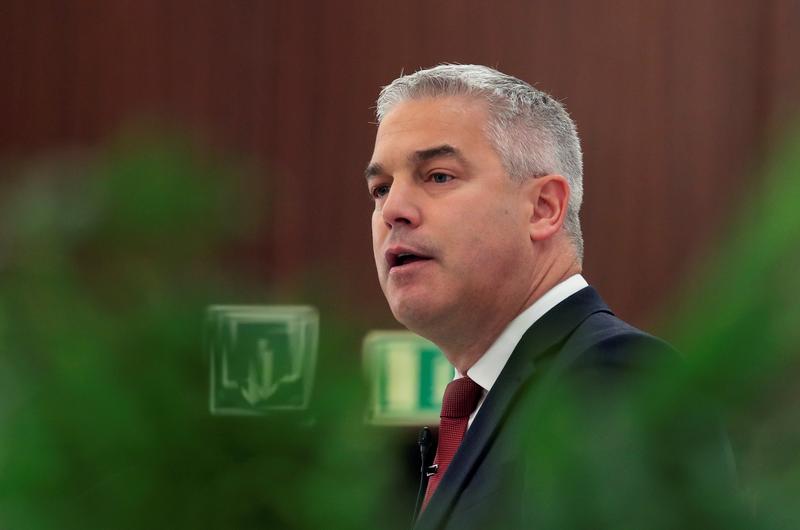 MADRID (Reuters) – British Brexit minister Stephen Barclay said on Thursday the so called backstop on the Irish border as part of a divorce deal with the European Union “has to go”, and that while his government wanted a deal, Britain may have to leave the European Union without one at the end of October.

“The backstop will not be agreed with the United Kingdom and UK parliament has already rejected it three times,” Barclay said.

He was speaking in Madrid just six weeks before the date on which Prime Minister Boris Johnson has vowed to take Britain out of the European Union by Oct. 31 “do or die”, with or without a deal.