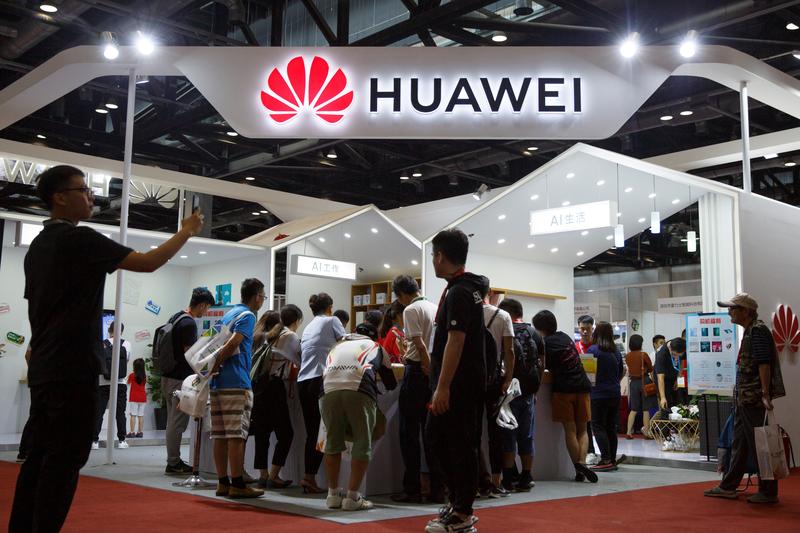 SHANGHAI (Reuters) – Huawei Technologies expects the roll-out of next-generation 5G wireless networks to start contributing to the firm’s revenue from next year when China launches services, the company’s deputy chairman said on Wednesday.

People look at products at the Huawei stall at the International Consumer Electronics Expo in Beijing, China August 2, 2019. REUTERS/Thomas Peter

The Chinese telecoms equipment giant has said that it has secured more than 50 5G commercial contracts even as it fights accusations from the United States and its allies that its networks are vehicles for Chinese espionage.

Ken Hu said that while the roll-out was accelerating, especially in Asia, the company believed that it would still need to “wait for a while before 5G contributes a sizeable share to revenue”.

“We will have a clearer picture by mid-next year because by then the first batch of 5G commercial roll-outs in China will reach a certain phase,” he told reporters on the sidelines of a company conference, estimating that Huawei had now signed about 60 contracts.

China’s big three state telcos are racing to roll out 5G services in more than 50 cities this year, following countries like South Korea and the United States which have already started the service that promises to support new technologies such as autonomous driving.

Huawei’s home market has become more crucial to the company since Washington in May banned U.S. firms trading with it due to national security concerns, hitting the company’s international business.

The company denies the allegations and says Washington is trying to curb its industry leadership to benefit U.S. companies.

Huawei founder and CEO Ren Zhengfei last week told The Economist magazine that in order to resolve U.S. concerns, he is open to selling his firm’s 5G technology – including patents, code, blueprints, production know-how – to Western firms for a one-off fee.

Hu said that Ren’s suggestion was not complex and that a new player could help alleviate security concerns.

“If the proposal gets implemented it will on one hand support more competition in 5G across the global supply chain, and such competition is beneficial to consumers and users and also contributes to the industry itself,” he said.

The company also on Wednesday launched what it described as “the world’s fastest artificial intelligence training cluster”, dubbed Atlas 900, and pledged to invest $1.5 billion in its developer program.

Huawei, which is also the world’s No.2 smartphone maker, is scheduled to launch a new high-end smartphone on Thursday, despite uncertainty about whether the new handset will be able to run Google’s Android operating system and apps.

Huawei said last month that, while the impact of the U.S. curbs was weaker than previously expected, it would still push its smartphone unit’s revenue lower by about $10 billion this year.