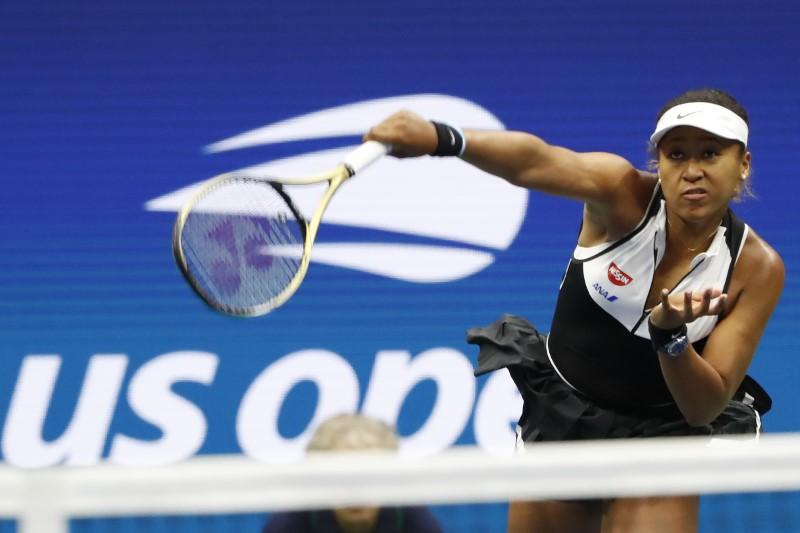 (Reuters) – Hometown hero Naomi Osaka recovered from a sluggish start to beat Bulgarian qualifier Viktoriya Tomova 7-5 6-3 and reach the quarter-finals at the Pan Pacific Open in Japan on Wednesday.

Making her first appearance at the tournament after a first-round bye, Osaka’s serve looked shaky in the early stages and she soon found herself down a double-break to Tomova at 3-0.

The top seed pulled herself back into the contest with her trademark powerful forehands and crisp volleys before Tomova double faulted in the 12th game to concede the opening set.

Osaka switched gears in the second set to finish the match with 40 winners, including 13 blistering aces, and pass an awkward opening test she received from world number 181 Tomova.

The 21-year-old’s main challengers in Osaka, where she finished runner-up in 2016 and last year, will be fellow top-20 players Kiki Bertens of the Netherlands, American Sloane Stephens and Germany’s Angelique Kerber.

After a run to the Eastbourne final in early July, Kerber won just one match at Wimbledon – where she was the holder – and arrived in Osaka on the back of a five-match losing streak.

“It’s nice to have a win again,” she said. “It was a tough match. We both played really well. But it’s a good feeling to win a match.

“The goal now is to finish the year as well as I can, to put all the energy which I have into this run in Asia and to play well in the next few weeks.”

Reporting by Hardik Vyas in Bengaluru; Editing by Ken Ferris