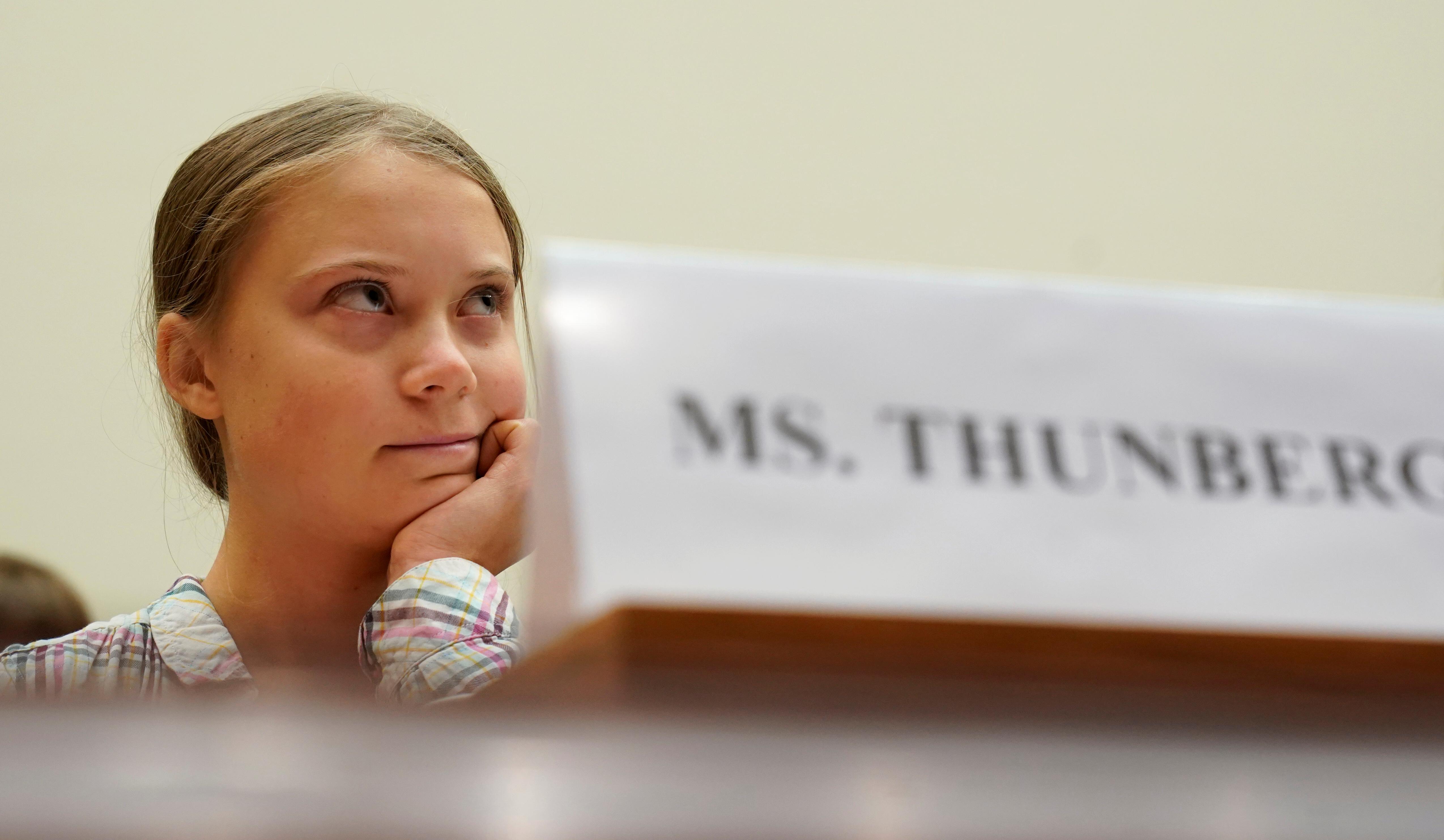 The 16-year old founder of the ‘Fridays For Future’ weekly school walkouts to demand government climate-change action that have inspired a global movement, submitted a 2018 report by the Intergovernmental Panel on Climate Change in lieu of testimony. It urged rapid, unprecedented changes to the way people live in order to keep temperatures from rising 1.5 degrees Celsius (34.7 Fahrenheit) by 2030.

Thunberg was one of four students invited to address a joint hearing of the House Foreign Affairs Subcommittee on Europe, Eurasia, Energy, and the Environment and the Select Committee on the Climate Crisis, to give the next generation’s view on climate change.

She has been in Washington since last week to join U.S. and indigenous activists build up support for a global climate strike on Friday and put pressure on lawmakers to take action on climate change.

In addition to meetings on Capitol Hill, Thunberg met former President Barack Obama on Tuesday. Obama described the teenager on Twitter as “already one of the planet’s greatest advocates.”

Later on Wednesday, she will join seven young Americans who have sued the U.S. government for failing to take action on climate change on the steps of the Supreme Court. They will urge political leaders and lawmakers to support their legal fight and take action to phase out the use of fossil fuels.

At the panel, Republican representatives praised the students for raising awareness about climate change but disagreed over what action the U.S. should take.

Representative Garret Graves from Louisiana, said his state was affected by rising sea levels and that he supported the U.S. emission reduction target enshrined in the Paris Climate Agreement, but he criticized the pact for allowing emerging economies like China to continue to emit greenhouse gases.

“I think that signing on to an agreement…that allows for China to have a 50% increase in greenhouse gas emissions annually by 2030 is inappropriate,” he said.

Thunberg said in response that in her home country, Sweden, people criticize the United States for not taking enough action.

Another activist on the panel, 17-year-old Jamie Margolin from Seattle, called out lawmakers for taking too long to enact climate change policies.

“The fact that you are staring at a panel of young people testifying before you today pleading for a livable earth should not fill you with pride; it should fill you with shame,” she said.