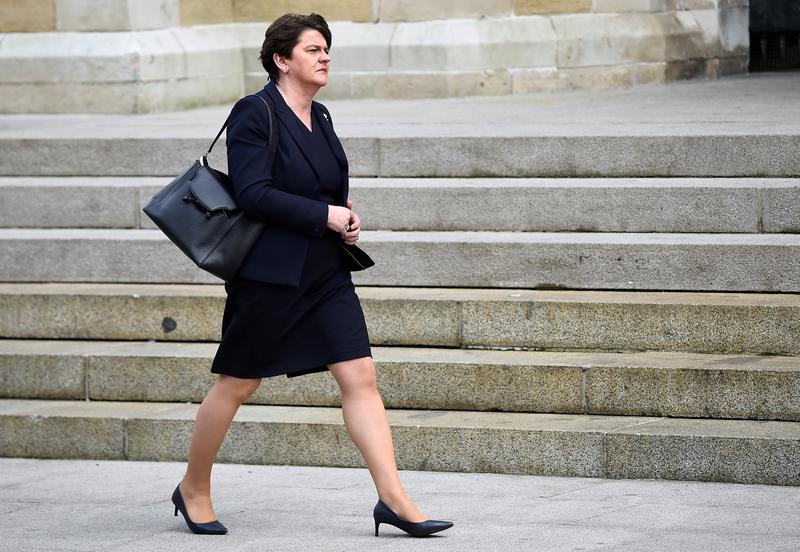 DUBLIN (Reuters) – The Northern Ireland party whose 10 members of parliament support Prime Minister Boris Johnson’s government on Wednesday said it wants to help secure an orderly Brexit but that the region must remain “master” of the rules governing its economy.

Democratic Unionist Party leader Arlene Foster told journalists during a visit to Dublin that her party was not in favour of Britain leaving the European Union without a deal, but said it would be “madness” for it to accept any new barriers to trade between Northern Ireland and the rest of the United Kingdom.