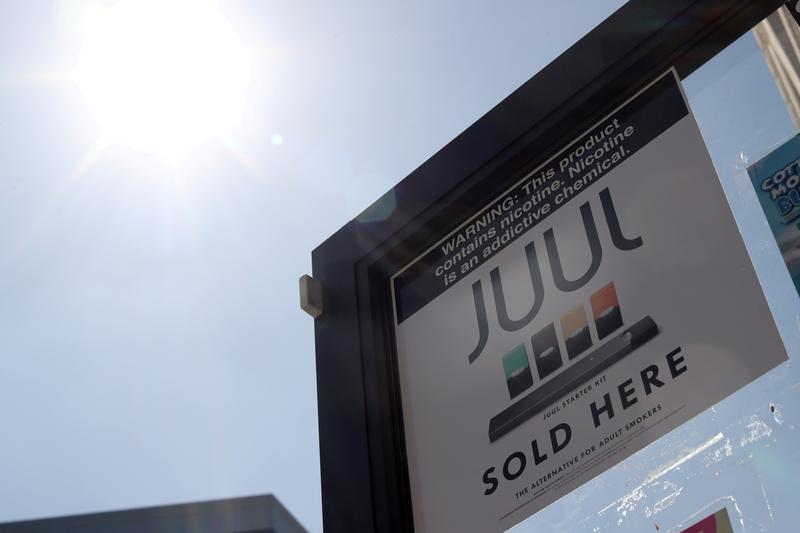 WASHINGTON (Reuters) – Congressional Democrats on Wednesday threatened to subpoena Juul Labs if the e-cigarette maker does not provide documents relating to its products and marketing practices, as a House panel looks into whether the company deliberately targeted children.

In June, Raja Krishnamoorthi, chairman of the House Oversight Subcommittee on Economic and Consumer Policy, asked for documents relating to information, including Juul’s relationship with schools, and the tobacco giant Altria Group Inc (MO.N)’s purchase of a portion of the firm. He said in a statement on Wednesday Juul had not complied with the request.

The House subcommittee ordered Juul, which is privately held, to produce the documents by Oct. 1, or “we may have no choice but to seek compulsory process,” Krishnamoorthi wrote in a letter to the company on Tuesday.

Juul and other vaping companies have come under increased scrutiny amid multiple lawsuits, several deaths and possibly hundreds of illnesses tied to e-cigarettes, which are used to inhale nicotine vapor without smoking.

Juul faces about 30 lawsuits, with more expected, alleging it illegally marketed products to children, failed to issue warnings to consumers about their dangers and defectively designed products.

The company has yanked some flavor pods from retail shelves and changed its advertising to feature older models, but has continued to sell menthol and mint flavors.

U.S. health regulators have signaled plans to stop the sale of all flavored e-cigarettes.