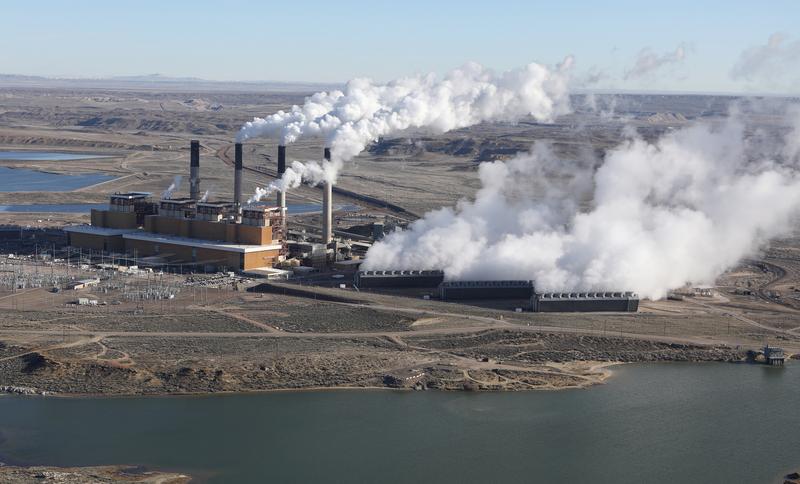 (Reuters) – Con Edison and eight other U.S. utilities mostly from Democratic-led states have filed a legal challenge to the Trump administration’s plan to cut carbon emissions from power plants, which replaces a much tougher Obama-era rule.

The New York-based power company said in a statement on Monday that the Affordable Clean Energy (ACE) rule undermines efforts already under way to reduce greenhouse gas emissions by investing in renewable energy, electric vehicle infrastructure and energy efficiency and other clean technologies.

The group of utilities, which calls itself the Power Companies Climate Coalition, have already invested heavily in adopting those technologies because their state governments passed laws requiring them to adopt large amounts of renewable energy such as wind and solar.

A similar suit was filed by Democratic-led states and cities in August.

The utility group’s petition was filed in the District of Columbia Circuit Court of Appeals on Sept. 6 but was not widely reported at the time.

In a statement released on the day it filed the petition, the coalition said the Environmental Protection Agency’s ACE rule “fails to acknowledge the ways in which they and others within the power sector have already reduced their carbon emissions while maintaining reliability.”

The rule, finalized in June of this year, is aimed at helping coal companies facing tough competition from renewable energy suppliers. It gives states three years to devise their own plans to cut emissions mainly by encouraging coal-fired power plants to improve efficiency.

Obama’s Clean Power Plan aimed to slash power plant carbon emissions by more than a third from 2005 levels by 2030 by pushing utilities to drop coal. That regulation was never enacted because of lawsuits by Republican-led states.