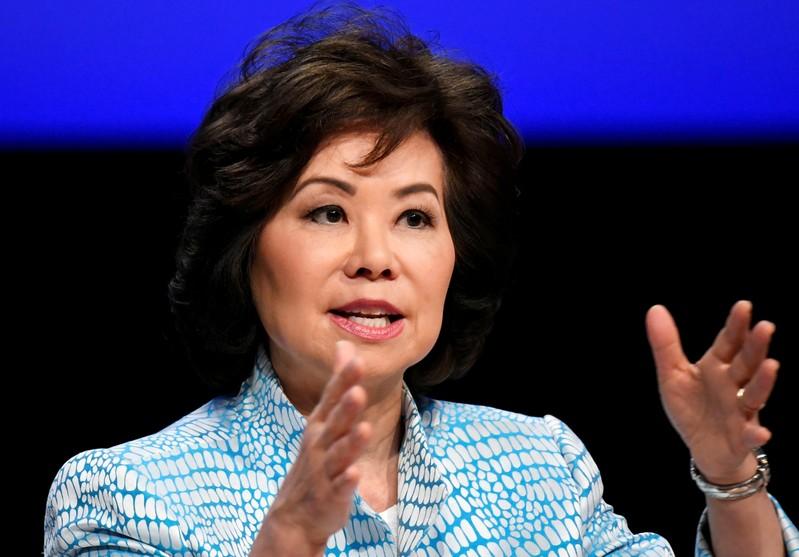 WASHINGTON (Reuters) – A U.S. House of Representatives panel on Monday demanded documents from Transportation Secretary Elaine Chao as part of a new investigation into whether she has used her office to benefit a shipping company owned by her family.

Leaders of the Democratic-controlled House Oversight Committee said in a letter to Chao they were troubled by media reports she may have used her role in the Trump administration to boost Foremost Group, a shipping company founded by her father.

The committee requested copies of communications between Chao and her father, James Chao, and her sister Angela Chao, Foremost’s chief executive, among other documents.

A Transportation Department representative said in a statement that the agency looked forward to responding to the committee’s request.

“Media attacks targeting the secretary’s family are stale and only attempt to undermine her long career of public service,” said the representative, who declined to be identified.

New York-based Foremost does most of its business in China and has received low-interest loan commitments from a bank run by the Chinese government, according to a New York Times report.

The Times reported in June that Chao had attempted to include family members in meetings with Chinese officials that she was set to attend as transportation secretary.

Politico reported last year that Chao appeared alongside her father in at least a dozen interviews with Chinese and Chinese-American media outlets since her nomination.

The House Oversight Committee said in Monday’s letter that it was also investigating Chao’s “failure to divest” from Vulcan Materials Co, one of the largest U.S. construction companies, where she served on the board of directors before becoming transportation secretary.

In early 2017, Chao pledged to cash out her stock holdings in Vulcan by April 2018. The Wall Street Journal reported in June that Chao had yet to fulfill that pledge.

Chao sold her shares in Vulcan a few days after the Wall Street Journal report, according to documents submitted to the Office of Government Ethics.