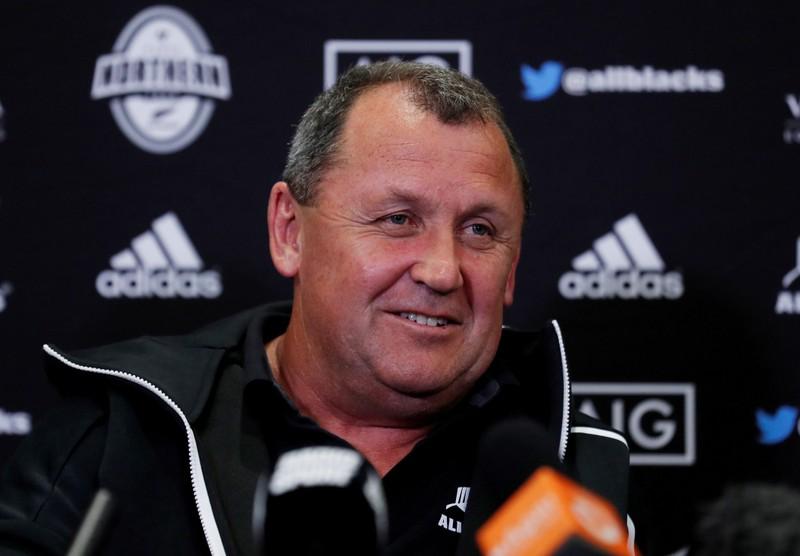 TOKYO (Reuters) – New Zealand are focusing all their energy on the World Cup opener against South Africa on Saturday with coaches happy to have their most challenging match of the pool stages first up.

The two old rivals, who have won the World Cup five times between them, meet in Yokohama to kick-start the tournament and lay down a marker for the weeks to come.

With Italy, Namibia and Canada the other teams in Pool B, regardless of Saturday’s result New Zealand and South Africa would expect to qualify for the quarter-finals.

It means the All Blacks, who are chasing a third consecutive World Cup, will be holding nothing back on Saturday.

“We’re actually not thinking too far ahead in this tournament right now because this weekend is a pretty big weekend, isn’t it?” assistant coach Ian Foster said on Tuesday.

“And it’s kind of made it really good for us as coaches because we can just put all our energy into that first game.

“Whichever way it goes then I guess we can sort out the plan that we follow after that.”

South Africa come into the tournament having only lost once in their last seven matches, including a draw with New Zealand in July. The Springboks were victorious when the two sides met in Wellington this time last year.

That means New Zealand are way of the threat posed by coach Rassie Erasmus’ team and are looking at the match more as a standalone contest than a World Cup tone setter.

“We’re at a heightened state always when we play South Africa,” said Foster. “I know the World Cup is big but I guess our focus has been on this game for a while.”