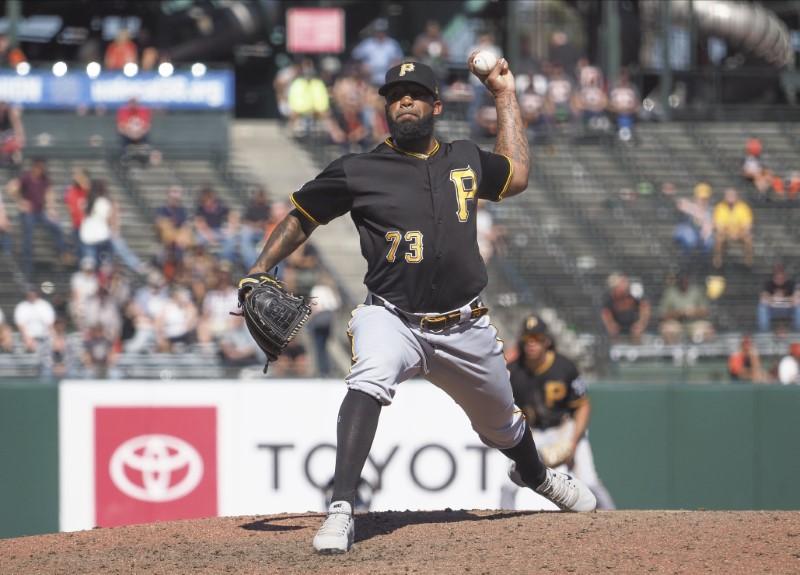 (Reuters) – Felipe Vázquez, a star relief pitcher for the Pittsburgh Pirates, was arrested in Pennsylvania on Tuesday on charges of soliciting an underage girl for sex and sending her an obscene video, authorities said.

Florida authorities began investigating the Venezuelan-born Vazquez in August after learning of allegations he had a sexual relationship with a teenager in Lee County, the Florida Department of Law Enforcement said in a statement. The girl is now 15.

In a video that Vázquez sent to the girl in July, he performed an unspecified sexual act, the statement said.

Major League Baseball in a statement said that Vázquez was placed on administrative leave following his arrest.

“We take this matter, and these charges in particular, extremely seriously,” Pittsburgh Pirates President Frank Coonelly said in a statement.

Vázquez, an All-Star pitcher whose nickname is Nightmare, also sent text messages to the teenager suggesting they meet for sex once baseball season was over, the statement said.

The girl’s mother discovered a message, photographs and video that Vázquez sent her daughter and sent a text message to Vázquez to tell him the girl was a minor, according to an arrest warrant affidavit filed in court in Florida.

Vázquez was charged in Florida with one count of computer pornography for the purpose of soliciting a child and one count of providing obscene material.

Vázquez was taken into custody without incident by FDLE agents with assistance from Pennsylvania State Police at his home in Pittsburgh. He is a resident of Saint Cloud, Florida.

He was held in Allegheny County Jail and was due to be extradited to Florida to be prosecuted, the statement said.

Vazquez was scheduled to appear before a magistrate in Alleghany County, Pennsylvania, for an arraignment hearing, Steve Limani, a spokesman for Pennsylvania State Police, said in an email.

Vázquez has been one of the Pittsburgh Pirates’ biggest stars over the past few seasons after he was acquired from the Washington Nationals in 2016 during a midseason trade. He has recorded 86 saves with the Pirates and has twice been an All Star.

Earlier this month, the Pirates fined Vázquez for getting into a fight with fellow relief pitcher Kyle Crick, who suffered an injury to his index finger in the fracas that required season-ending surgery.