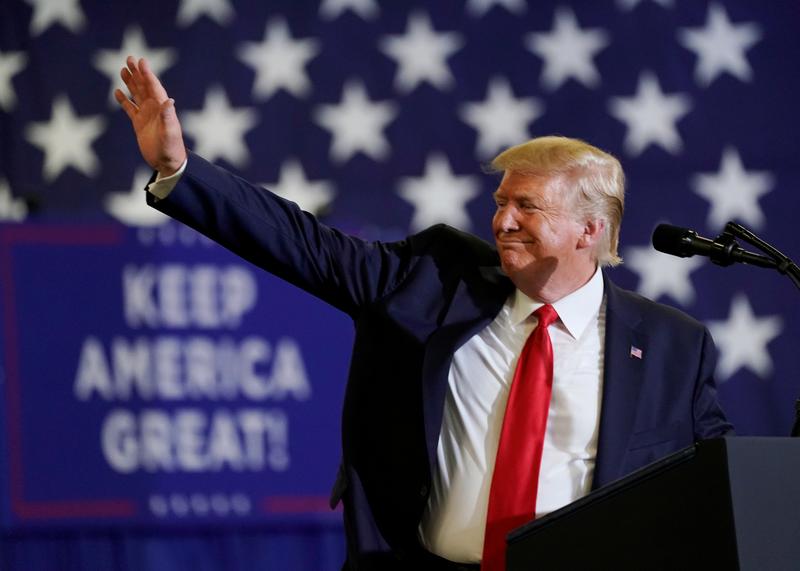 The last time New Mexico supported a Republican in a presidential race was 2004. Democratic presidential nominee Hillary Clinton beat Trump there by 8 percentage points in the 2016 election.

“We’re here because we really think we’re going to turn this state and make it a Republican state,” Trump told cheering supporters. “We will campaign for every vote, and we will win the great state of New Mexico in 2020.”

Trump’s campaign sees an opening in the state with Latinos, who it believes will swing his way despite tough immigration policies criticized by Democrats, including a crackdown on migrants from Central America and a push to build a wall along the U.S. border with Mexico.

Trump told the rally in Rio Rancho that his support was rising among Hispanics.

Ahead of the trip, Trump tweeted: “Big crowd expected in New Mexico tonight, where we will WIN. Your Border Wall is getting stronger each and every day — see you in a few hours!”

New Mexico is rich in oil and natural gas, and Trump touted his support for the fossil fuel industry while assailing Democrats for their policies of promoting renewable energy production.

“Every major Democrat running for president – they want to abolish all production of oil and natural gas. In other words the Democrats want to completely annihilate New Mexico’s economy,” the Republican president said.

Trump won the White House in 2016 with electoral votes from traditional Republican-leaning states and some surprise Democratic-leaning ones.

Democrats, who did well in New Mexico during the 2018 mid-term elections, are skeptical.

“We take nothing for granted, but this GOP strategy looks like they’re concerned about a realistic pathway to 270 electoral votes,” he added.

Trump won electoral-vote-rich swing states such as Ohio and Florida in 2016, while also picking up Wisconsin, Michigan and Pennsylvania from Democrats.

The campaign says it is eyeing more pickups in 2020, including Colorado, New Hampshire, Minnesota and Nevada.